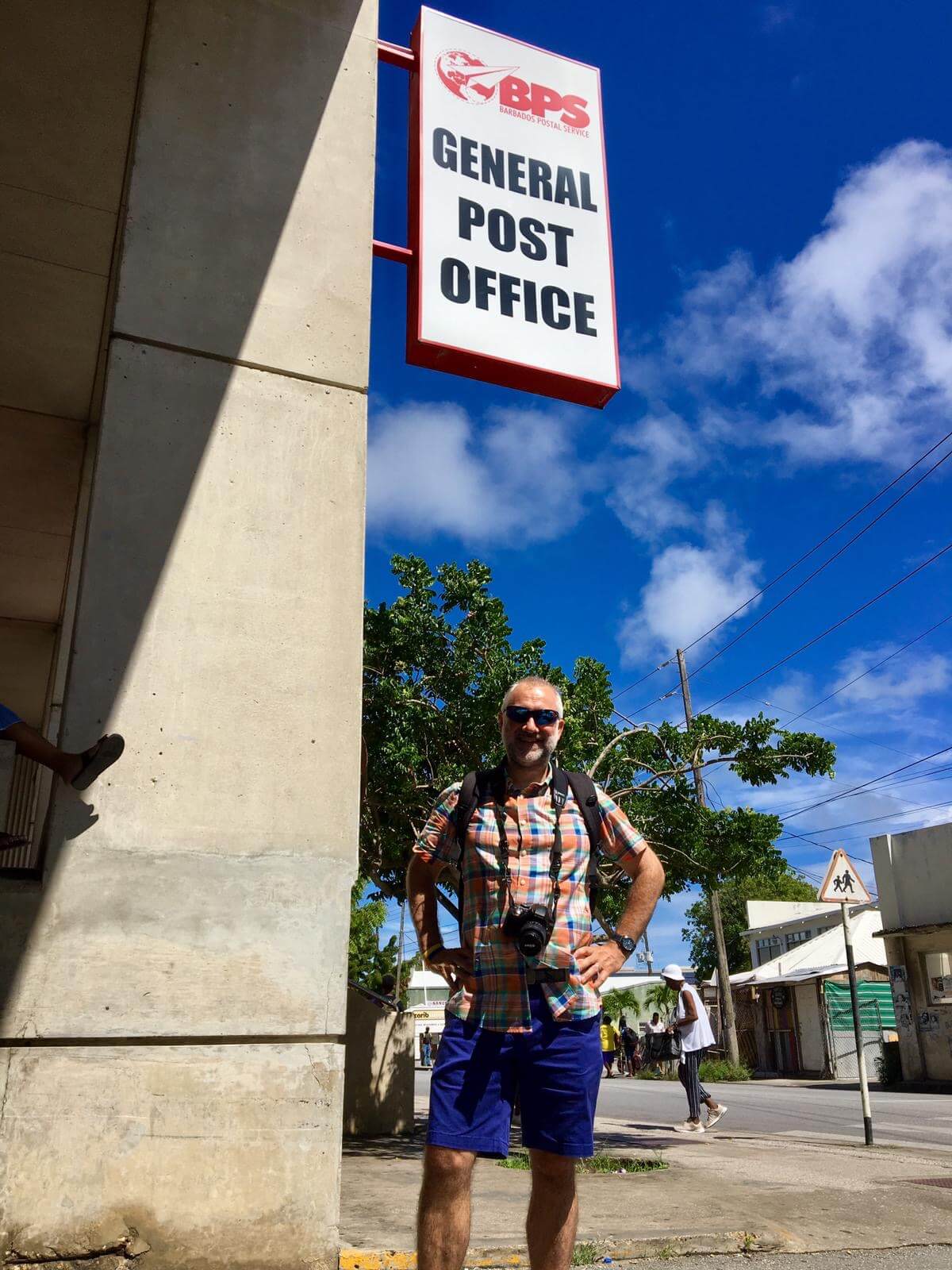 As most of you who have read any of these posts will know by now, whenever I am on the island I always try to visit the Philatelic Bureau in Bridgetown.

For me it’s always a chance to talk to the staff who help with all my crazy requests over the years and to find out more about what they do, how they do it and what is coming up in the near future.

And as you will also know by now, I’m a huge fan of the work they do, the service they provide and of course, Barbados Stamps!

This year, I was delighted and surprised to find that my lovely wife, Emma, had been in touch with the team, in secret, and arranged for me to spend the day at the Bureau getting an inside track into the work they do and to see some of the archive material.

So, on my arrival I was met by Deborah Small, Marketing Officer for the Bureau and then taken upstairs, into the offices to meet the rest of the team.

From there I set about doing what I normally do; trying to get some philatelic material to enhance the collection and in this case I managed to get some double dated Chattel houses covers, more of which in a later post.

Then we started to talk about the work of the Bureau and more interestingly, the work they have done over the years.

It was at this point that they bought out three old stamp albums with handwritten titles saying “Specimen Stamps”.

A little worn and tatty I opened the first one to be met with an array of ‘official’ Specimen stamps, put together in 1933.

One of the staff at the time had taken it upon themselves to mount up, in albums, all the specimen stamps received from the UPU so there was a single record of everything in one place.

Over 80 years later, these are a fabulous historical record of not only the practice of Postal Administrations being sent specimen stamps by the UPU, but also the sheer range and diversity of material available.

Clearly now a historical record, and as the stamps were stuck in rather than mounted then their value in catalogue terms has diminished, the albums themselves are now priceless. And enough to keep an average collector like me engrossed for hours!

After this we spent some time looking through some more modern material including all the stamps from 1980 to date along with the accompanying brochures that have been kept as a record.

And as if that wasn’t enough, we were then taken for lunch at the wonderful Brown Sugar and treated to a feast of Bajan cooking.

The photo below is taken outside Brown Sugar;

After lunch we returned briefly to the GPO to give me the opportunity to collect some plain Registered Envelopes for the collection (and to send back to myself later) and as we were in the car park I noticed this West Terrace sign propped up against the wall in the basement; 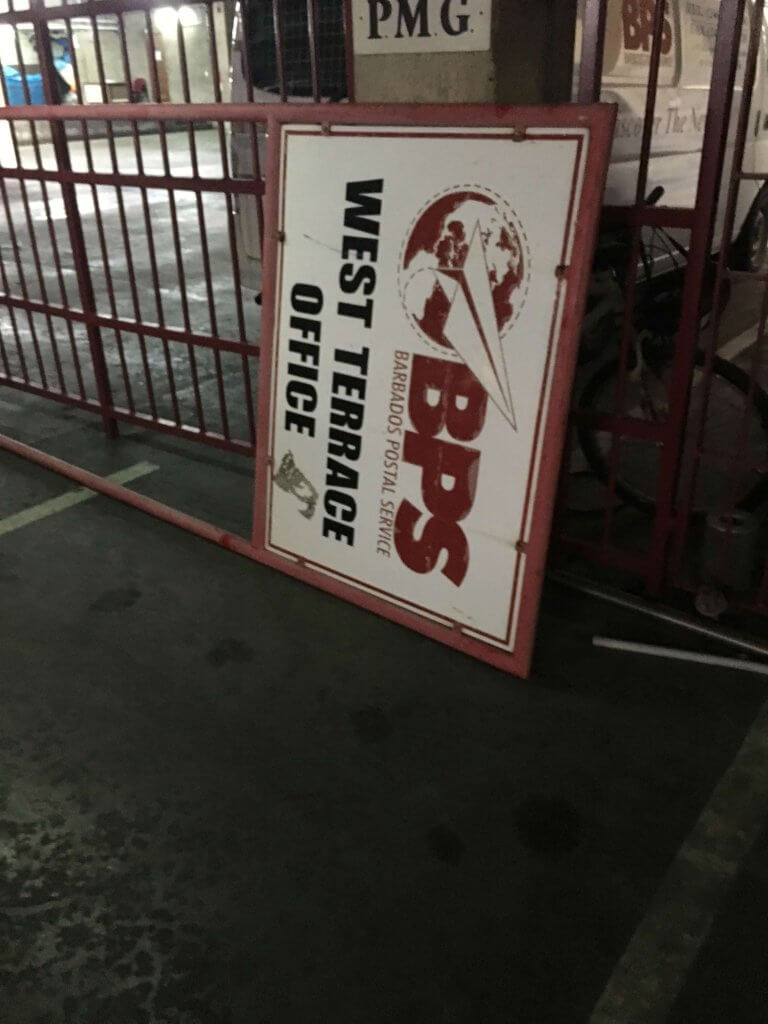 If you’ve ever wondered what happens to old signs when Post Offices close, now you know!

Overall, it was a fabulous day filled with a huge range of philatelic material, some extraordinary archive albums and again, another insight into the workings of the Bureau. We even got to talk at length about their new website and the exciting plans they have for that.

Coming soon they expect that you will be able to top up your account, order the latest stamps and first day covers from the Bureau and in time, buy their back stocks of material as well.

In summary, I can’t praise the work of the entire team enough. Between them they have to organise and produce new issues of stamps against a background of increasing prices on the island and the general austerity which is affecting parts of the globe. It’s definitely a balancing act and one they achieve with aplomb.

As always, I cannot wait for the next issue to come out (more of that another time!) but in the meantime a huge ‘thank you’ to all the staff at the GPO for the sterling work they do and to my fabulous wife Emma for helping to make all this possible.

What a woman! What a day!