There are two key elements to identifying your Barbados Britannia; the perforations and the watermarks. This article deals exclusively with the watermarks and explains how you can find them on your stamps.

We’re often asked about the best way to see a watermark on a stamp, and whilst there are many devices on the market to help you see a watermark, probably the best bet is to lay the stamp flat on a black background. If you have any old stockcards around these make ideal backgrounds and won’t damage the stamp in any way. Most watermarks will be easily visible using this method but if that fails then there are other tricks you can use.

If you have access to a computer and a scanner the next best option is to scan the stamp in at 600 or even 1200 dpi as this will often show up a watermark. You can also adjust the contrast on your screen or tilt it slightly as this often shows up previously invisible watermarks.

After that if you still have no luck, watermark fluid is a really useful and cheap option and this generally exposes harder watermarks. There are of course more expensive options such as electric watermark detectors but unless you plan to make a business out of spotting these then you can probably do without one.

The very first Britannia’s were all imperforate, so from 1852 to 1860 all the stamps were separated by scissors and none of them had any watermarks. From 1860 though the first pin perfs were introduced but again there were no watermarks on the stamps for the next ten years. In 1870 however that all changed as the first stamps were issued with watermarks and tellingly they all had rough perfs as well. Whilst it can often be tricky to separate the rough perfs and pin perfs, and frankly sometimes they look almost identical, the watermark will generally be the giveaway.

From 1870 to 1875 Perkins Bacon printed the Britannia’s and each of the issues were slightly different, but the key in the watermarking was that they only used either small star of large star watermarked paper. From 1875 until the series was replaced in 1892, De La Rue were the printers of choice and they always used a Crown CC watermark. So essentially when you are trying to pin down your Britannia you are looking for one of just three watermarks.

This becomes even simpler when you know that from 1852 to 1870 the stamps had no watermark and from 1875 to 1892 they had a Crown CC watermark. That just leaves a tricky five year period in which there were two star watermarks, either large star or small star. These dates are quite important as you can sometimes age a stamp from the cancel on it, particularly if it is still on piece.

So what are you looking for? Well the key is to know where you are going to find the star, and in most cases you are not looking for a complete star, just part of one.

To make it easy we can start with an unused imperforate pair of SG60 6d Orange Vermillion which have a large star watermark.

As you can see from the picture the star is not in the middle of the stamp but at the edges, so essentially what you will be able to see is only part of the star. The large star watermark measures between 15mm and 16mm across the star from point to point and about 27mm between the stars centres if you can measure vertically. The small star watermark is very similar but it is noticeably smaller, between 12mm and 13.5mm point to point and 24mm from centre to centre.

The next picture illustrates just how hard it can be to spot the small star, but if you either stand back from the screen or adjust the angle of your screen you will find the picture becomes a lot clearer. We’ve put a red circle around the watermark to make it easier to see and as his stamp has been helpfully expertised on the back as being SG51 we don’t have to look too far to check that this is correct. 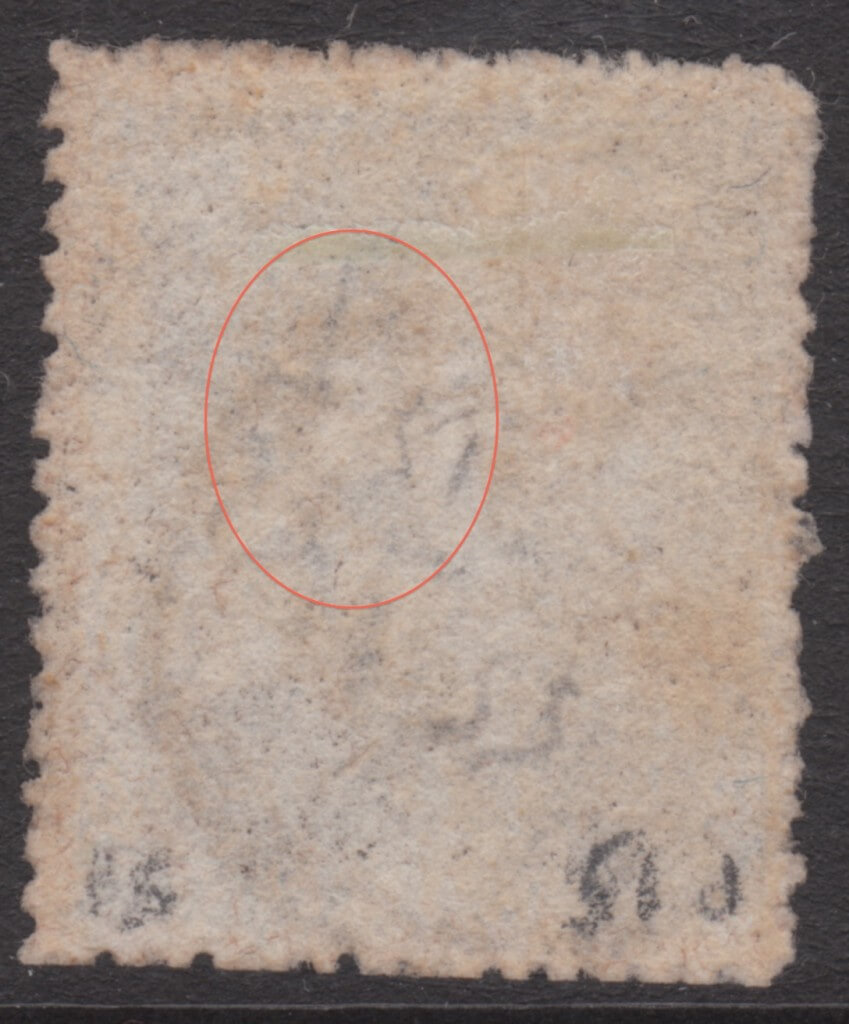 By the time we get to 1875 and the De La Rue printings (which are much crisper and clearer anyway so often you can spot these without even turning the stamp over) the watermark was crown CC and this is easily visible on most of the stamps. 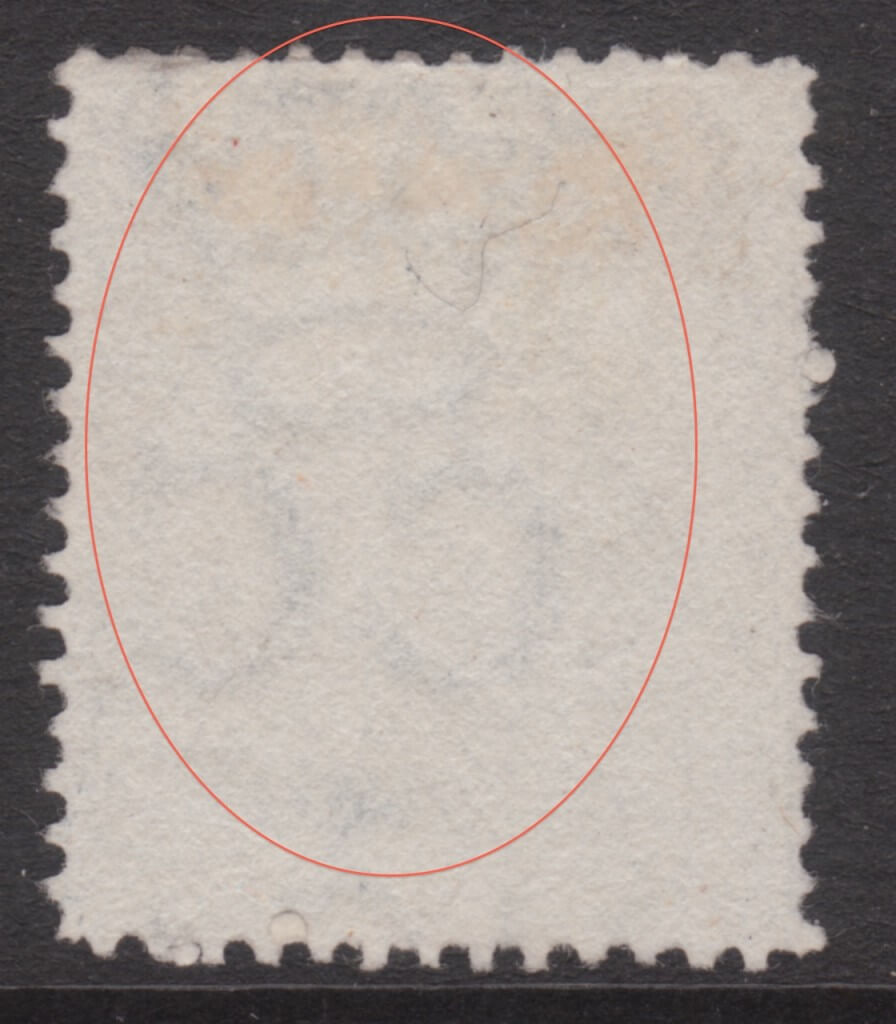 The trick therefore is to start on the front of the stamp and look for clues before turning it over, then see if you can eliminate one or more of the periods before searching for the watermark to confirm your suspicions.

One thought on “Identifying watermarks on Barbados Britannia’s”