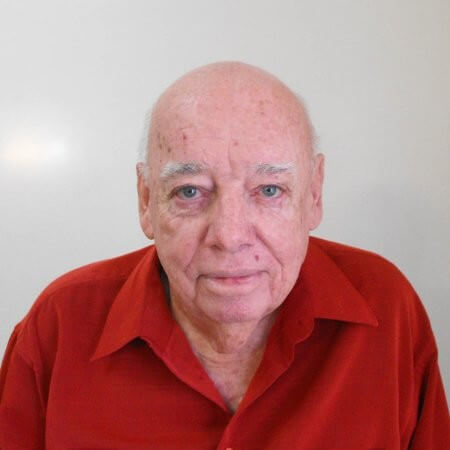 Anyone who collects Barbados Stamps will know the name of Edmund Bayley, the most prolific and influential author in the history of Barbados philately.

This week we have received news that Edmund passed away peacefully at home on 11th March 2019, two months after his 82nd birthday.

His first publication was fifteen years later in 1989 but it was the now iconic “The Stamps of Barbados” which is the standard text for Barbados philately.

This volume covered from the very first stamp issues, the Barbados Britannia’s through one hundred years to the end of the reign of George VI and includes notes on stamps, proofs, specimens, revenues, postal stationery and forgeries. It is, without doubt, an indispensable read for anyone interested in Barbados stamps.

The book was extremely well received and won many international awards.

The second volume, covering the stamps of the first years of the reign of QEII up to 1978, was published in 2005 and a follow up to his father’s 1933 book “The Post Offices in Barbados” was released in 2009. “The Post Offices of Barbados Volume 2” was the last book he published but within these three volumes lies the key to all of Barbados philately.

In 1984 he was elected as a Fellow of the RPSL and became the special representative for Bahamas, Bermuda & The West Indies as well as being extremely influential in the American Philatelic Society, The British West Indies Study Circle and the British Caribbean Philatelic Study Group. He was also a member of the King George VI Collectors Society.

In 2016 he was honoured as part of the 50th Anniversary of Barbados Independence under the category of Civil Society as one of 50 Barbadian greats for his contribution to the island’s development since 1967.

Sadly, in all my years of collecting and visiting the island, I never got to meet him, having most of my dealings with his brother Keith who died in 2017. Those who did know him spoke of a kind man and his encyclopaedic knowledge of the philately of Barbados was clear to anyone who corresponded or spoke with him.

Without Edmund, much of the philatelic knowledge of Barbados would have been lost by now so we would like to pay tribute and say thank you for everything he has done for the Stamps of Barbados.