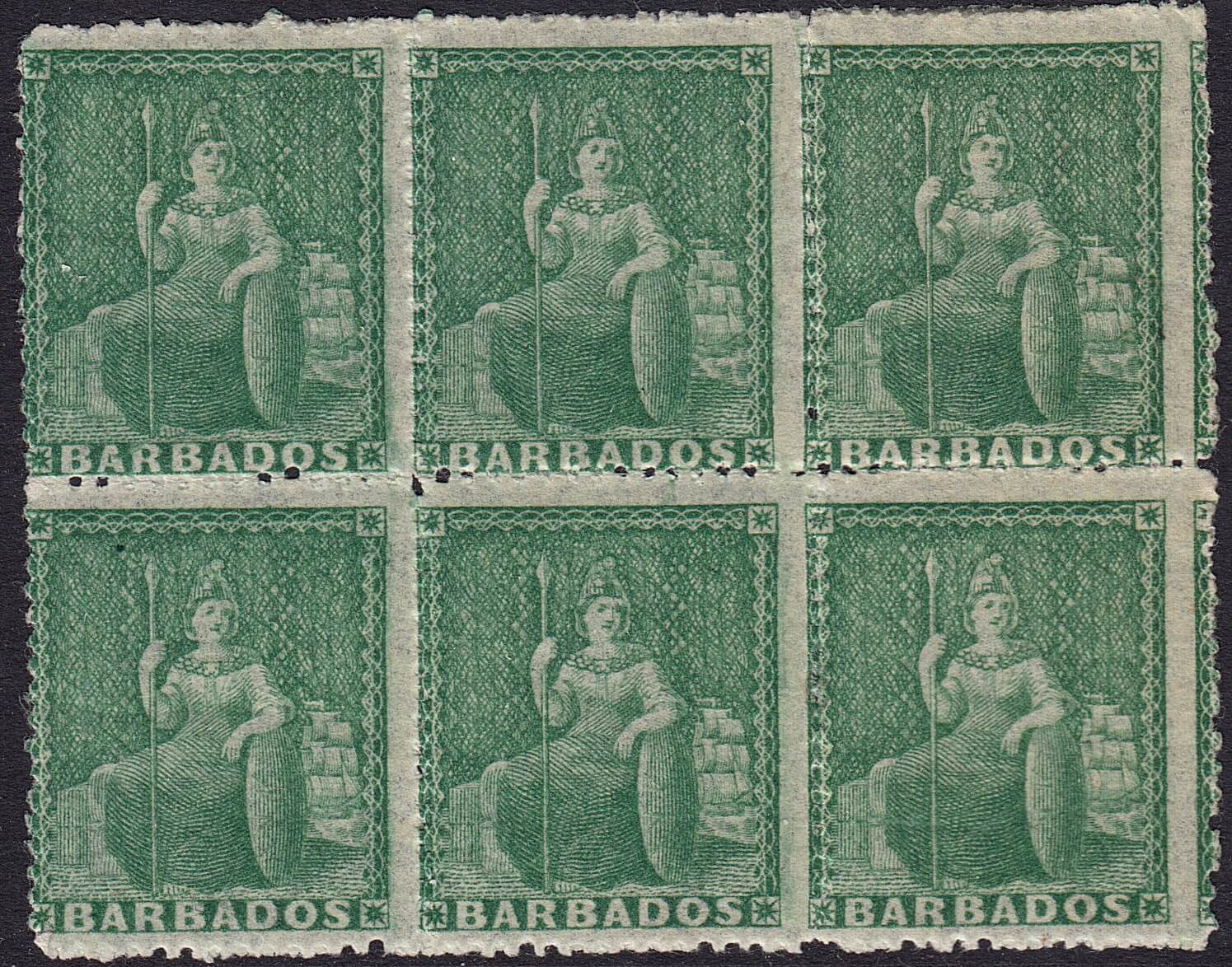 Every now and again we go mad and having saved up a bit, try to add something special to the collection. This block definitely falls into the ‘something special’ category.

Despite being the most available of all the early Britannia issues, blocks of this stamp are still fairly hard to come by. All the larger blocks and indeed a complete sheet, are in larger ‘named’ collections so the best us mere mortals can hope for is for a block like this one to come on the market.

Complete with an RPSL certificate this block of six shows quite clearly how primitive the perforating machines were in 1861. In fact there are examples of this stamp in a block similar to this one where the perforations have missed completely and the top and bottom rows are imperforate between. The Perkins Bacon perforating machine which was given the task of perforating these stamps worked quite well at first however after a short time the pins became blunt, giving rise to the series of stamps which are now known as ‘rough perforations’.

As you can see the stamps appear to have missed being perforated altogether however when you look closely the holes where occasional perforations have been made are something of a give away.

Perkins Bacon persisted with this perforation method for over ten years and over that time who knows how many sheets of stamps went to the island imperforate? One thing we do know is that post offices regularly used to have scissors to hand where the machines had missed their mark.