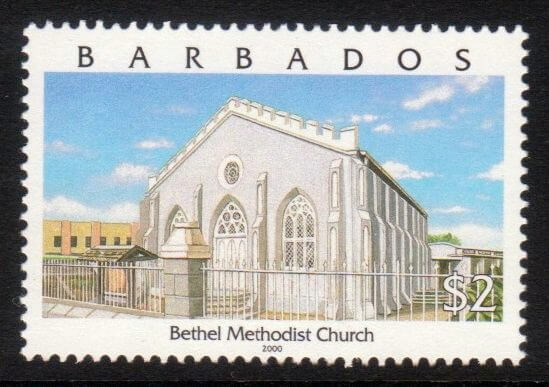 I recently bought a very nice Barbados cover from a dealer. It was a Registered letter from around 1905 and I needed it to fill a hole in the collection, but it wasn’t cheap.

And this got me thinking. When the letter was posted, over 100 years ago, no one would have considered it to have been of any value at all. In fact, the contents of the letter were the item of value, as the letter was sent by Registered Mail.

Of course, mail volumes are dropping and in some countries, the introduction of pre paid labels, like the Horizon labels in the UK, mean stamps on letters showing genuine postal use, are declining.

On Stampboards I started this thread to see if anyone could find examples of the stamps being issued by Royal Mail in 2020 being used properly, on commercial letters. And especially, could anyone find these stamps paying the correct rate as a solo use?

Solo use of stamps is a much overlooked area of philately but one championed by the late Rod Perry in Australia. He reckoned that if a stamp was produced, it was for a reason and therefore you should seek out covers which had that stamp fulfilling its true purpose.

As an example, in Barbados currently, the inland rate for postage is 65c and if you stick a single 65c stamp on a letter in St Lucy and post it to Bridgetown, it will get there.

So, stick a 65c Christmas Commonwealth stamp from the 2019 issue, on an envelope and send it across the island and it is a solo use of a stamp on cover, paying the right rate during the period in which it was issued. This is because there have been no new stamps issued on the island since Christmas 2019.

But not all stamps are produced to pay a solo rate. Whilst many of the Commemoratives produced here in the UK do have a specific purpose (which I why I am seeking them out on cover), many of the definitives do not.

UK definitives for many years have been the humble Machin stamp and many of them are only ever used to make up a rate. Though Royal Mail makes a fuss of reissuing the ‘new’ rates every March when prices go up, the basic design of the stamp and its purpose remains constant.

In Barbados the great news is that mail prices don’t automatically rise each year and so there is no need for a constant stream of new issues (something collectors moan about) and the definitives stay in use for many years.

Which brings me to a recent cover I acquired. It struck me as a good example of correct use of these stamps during the period they were issued.

From 2000 to 2005, Barbados issued a set of definitive stamps which contained images of island life and landmarks. Called ‘Pride of Barbados’ these were is constant use for over five years and every cover that left the island brought a little bit of Barbados into someone’s home or office.

I picked this cover up for just a couple of pounds on eBay as I thought it a good example of definitives in action.

Posted in 2005, right at the end of their usage period, it is a Registered Letter featuring two copies of the $2 Bethel Church stamp, the $1.75 Sunbury House stamp and a 90c Harrisons Cave, all to make up the correct Registered rate to the UK of $6.65.

It has an ‘R’ Registration block for Port Post Office, Barbados, into which the number 14202 has been written and it has been cancelled with a fairly indistinct CDS but which is actually Bridgetown Port. This isn’t a common cancel so I was happy to get it.

For me, the collectables of the future will be covers with stamps doing their job at the time they were issued. One hundred years ago, this definition meant pretty much every envelope that was posted with a stamp on, but today, the numbers of envelopes with stamps are declining dramatically.

Think for a second; when was the last time you received mail with stamps on? And those stamps were the current ones that you could buy at your local PO today? And they had a cancel on them to show the date, time and location the letter was posted?

I’m guessing you’re struggling now. I would be too.

And it’s that scarcity, which few people currently recognise, which will make these the collectables of the future.

So if you’re looking for something to collect, try getting modern covers with stamps on that do the job they were created to do.