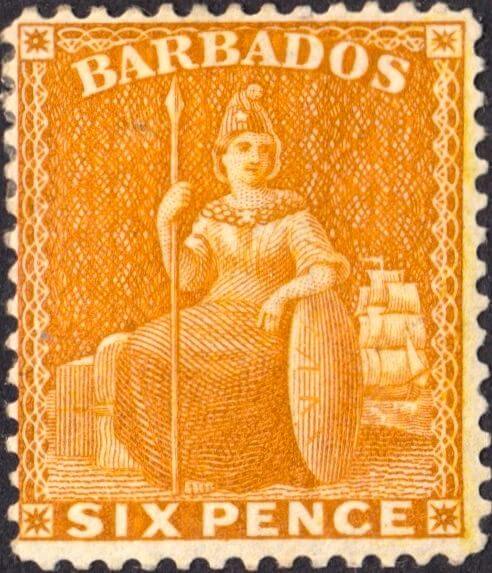 This beauty was a recent acquisition at auction and oddly it was misidentified. Advertised as being ‘orange’ (and you can see why) and having no visible watermark it was something of a mystery. Anything ‘orange’ needed to be before 1875 which means that the perforations are likely to be a lot more ragged than that and there should be a visible watermark but it needs to be a small or large star.

Given that none was visible I assumed that the sheet was offset and the watermark was somewhere near the margin and just missed by the seller. Luckily enough I won the auction.

When it arrived I checked it over, double checked the perfs and watermark (the seller was right, it isn’t readily visible) and concluded that with those perforations it can’t be orange. In fact, it turns out to be SG80 which is described as ‘yellow’ in the catalogue but fits exactly with the perfs, watermark (which is crown cc) and matches others in the collection.

The beauty of this little beauty is that I didn’t have one already. I have a mint SG79 Chrome yellow with a cert but not SG80. And I hadn’t expected to find one either as it catalogues at £350 mint.

More than anything this clearly demonstrates the beauty of the early stamps of Barbados and the timeless design of Britannia seated. They simply don’t make them like this anymore…