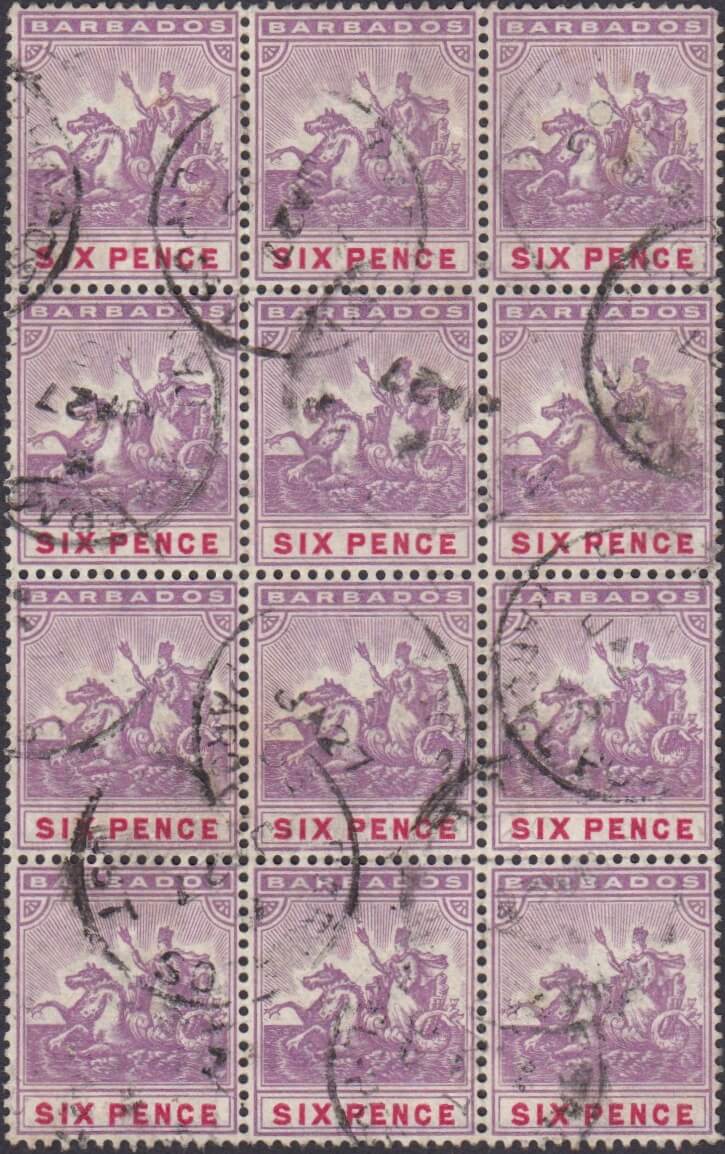 Sometimes, there are items which, when they appear, shout at you to be added to the collection.

Over the years I have acquired a number of Parcel Post cancels on a range of different stamps, but very few have been on multiples. When I saw this block therefore it was an absolute ‘must have’, or as a dealer I know says, ‘find me another’!

The block is a lovely multiple, fully intact and paying a 6/- rate. Of course, as it has been soaked off the original parcel wrapper there is no way of knowing if this was the whole rate or only part of the rate. We can assume that the parcel was of a fair size, otherwise the multiple would not have had a decent surface to adhere to.

Of course there were other ways the sender could have paid the rate as in the same set there is a 2/6 stamp, so two of those plus two sixpenny stamps would cover the same rate.

Clearly, the Parcel Post counter had a stock of these 6d stamps and decided that this was the best way to make up the rate, after which it littered it with cancels. Some of the detail is still visible, like it was JA 27 and it appears to be 05 but other than that, we know nothing about the sender, the contents or the destination.

Despite this, it’s a rare multiple and I’m delighted to be the custodian of this wonderful item.