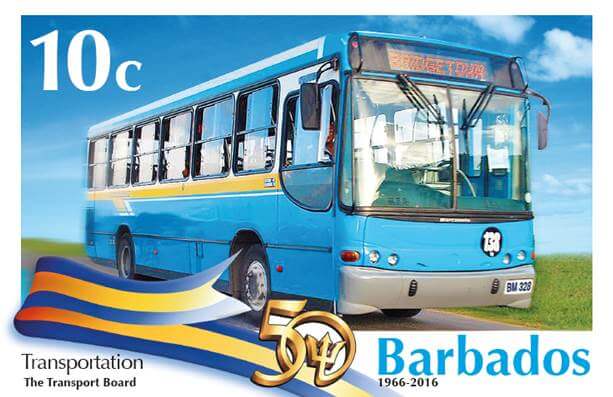 After much excitement from us and I’m sure a number of other Barbados stamp collectors, the long awaited 50th Anniversary on Independence stamps have been released today, 18th November 2016.

The set contains just six stamps and a mini sheet and the official notice from the Philatelic Bureau reads as follows;

2016. A landmark year in Barbados’ history as we recognise 50 years of Independence with a signature collection of Commemorative stamps, released on Friday, November 18. This Golden Jubilee Commemorative Stamp Issue pays honour to Barbados on the 50th Anniversary of Independence.

Hope you enjoy this issue as much as we enjoyed working on it.

This issue has been a long time in the planning and delivers a really nice set of stamps which are bright, colourful and do a really good job of promoting the island of Barbados and recognising the development in a number of areas. We are sure they will be well-received by both the public in Barbados and the wider global community as well.

Here are the very first images of the stamps;

This shows a typical Barbados ‘blue bus’ which provides the backbone of the transportation on the island. These workhorses are never far away wherever you are and can be a welcome sight to the hot and thirsty traveller! At just $2 no matter how far you travel these are cheap, reliable and a model for other countries. 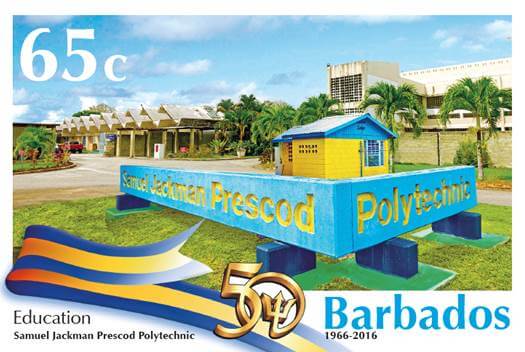 Not the first time the Samuel Jackman Prescod school has featured on a Barbados stamp, this inland letter rate stamp is perfect as it epitomises the education system in Barbados. They take a pride in turning out intelligent, literate and polite students and if you’ve ever visited the island you will know how this manifests itself. 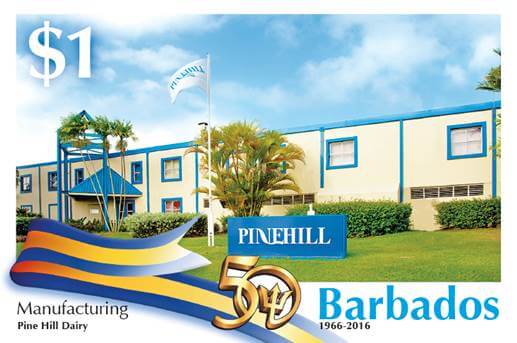 Celebrating manufacturing on the island we have a $1 stamp featuring the Pinehill Dairy, responsible for all the milk and dairy products on the island. This moves on the stereotypical view that the island is all about rum or sugar and reminds us that there are a lot of other manufacturing enterprises on Barbados in 2016. 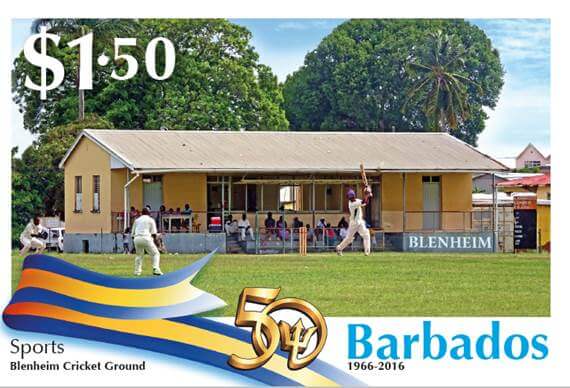 A proud sporting nation with strong cricket and football teams as well as individual track and field athletes, this $1.50 stamp shows a typical game of cricket under a beautiful blue Barbados sky. 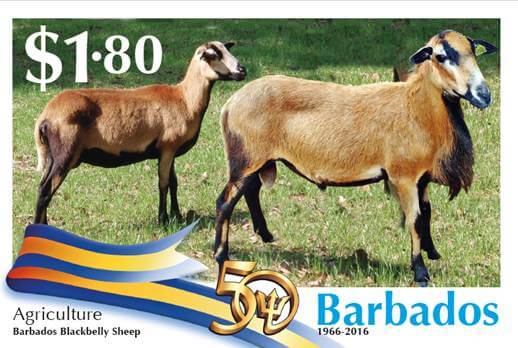 The ubiquitous black bellied sheep feature on the $1.80 agriculture stamp and again, not the first time these characters have been on a Barbados stamp. Agriculture employs around 10% of the workers on the island and is a major contributor to the economy. 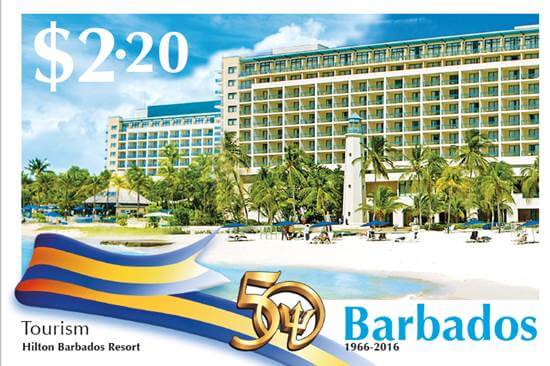 The single biggest money earning industry for Barbados, Tourism is the lifeblood of the island today and is well represented by this $2.20 stamp which pays the current overseas (Europe and Rest of the World) rate and will be used most on postcards home this year. 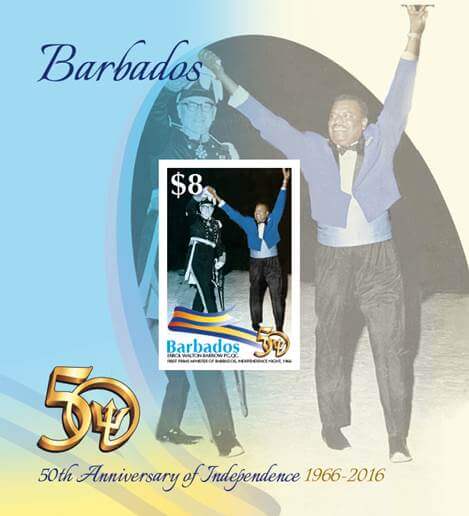 Finally, a fabulous mini sheet which sums up the excitement felt on the island back in 1966 when they gained Independence. It depicts Errol Walton Barrow, the first Prime Minister, celebrating on Independence night, 30th November 1966.

This whole set is a lovely tribute to the island and its people and is a fitting testament to the progression and change seen over the last 50 years. Here’s to a bright and prosperous future for everyone on Barbados.