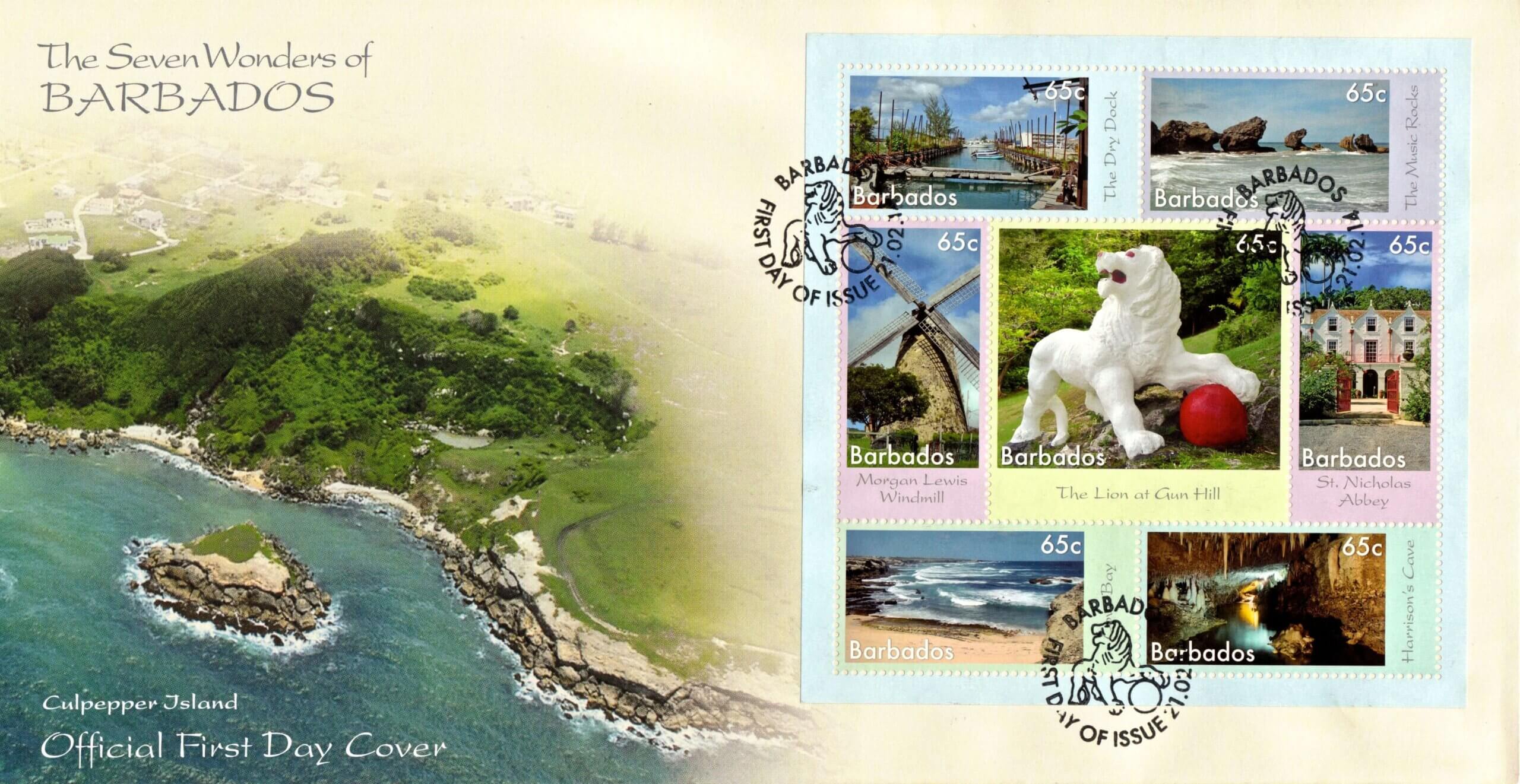 Barbados Postal Service has released a new set of stamps on 21st February 2014 commemorating The Seven Wonders of Barbados.

Printed in Litho by the Lowe-Martin Group the set comprises seven stamps, each depicting a notable Bajan landmark.

The stamps are all 65c denomination and come with tabs attached depicting the Arms of Barbados. The different stamps are as follows:

The Lion at Gun Hill

On top of the basic set of seven stamps, there is also a mini-sheet that combines each of the values into a single sheet. Collectors however need to be aware that The Lion at Gun Hill stamp on the mini sheet is a completely different stamp to the one shown earlier in that it is the same height as the two vertical stamps and square, making it much bigger than anything else in the set. This is what the mini sheet looks like;

As well as these there are also the usual First Day Covers for both stamps and Mini Sheet which feature additionally on the cover Culpepper Island and Chalky Mount and they look like this;

As each of these stamps are at the 65c rate they are not designed for overseas use and finding these on covers is going to be relatively difficult. Even more difficult we expect will be the ‘Large Lion’ used on cover anywhere as it is buried deep within the mini sheet! Also it is worth noting that the stamps are perforated 13½ not 12½ as shown on the accompanying literature.

Overall these stamps are a worthy addition to the stamps of Barbados. They depict local and notable places and as such will intrigue people looking at them, although the lack of an overseas rate means they will get limited use away from the island which is a shame. I expect they will be received well locally on the island though. The pastel colours are not at all garish and they show some of the ‘hidden’ gems on the island, and being a different size and format to anything they have previously issued they have a ‘novelty’ factor to them that I expect will make them a hit.

2 thoughts on “New 7 Wonders of Barbados stamps are released”