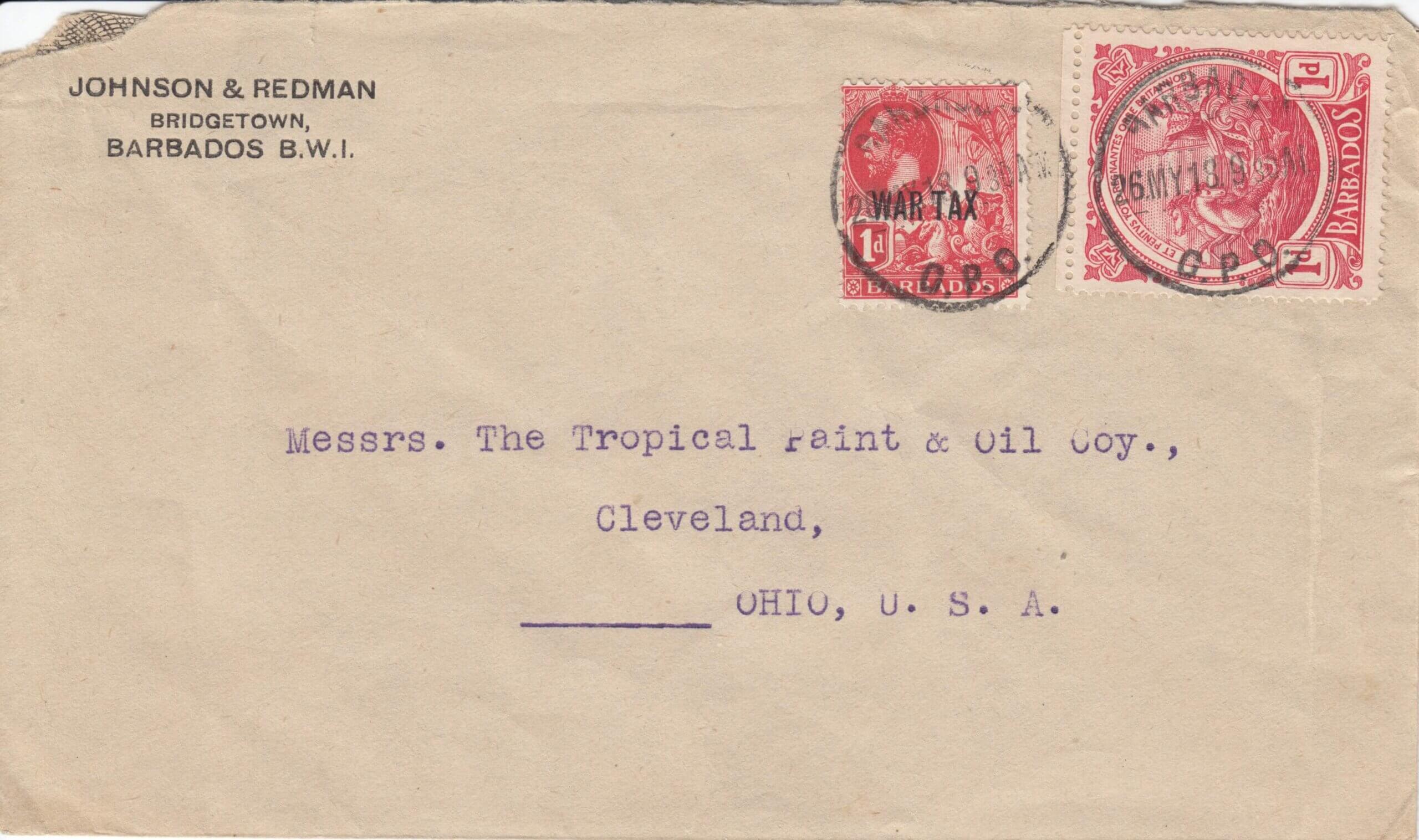 One of the more difficult items to find seem to be uses of the Booklet stamps of Barbados on cover. Booklets were first issued on the island in 1906 and there were seven different issues right up until 1938 when they stopped. Subsequent to that there has only been one booklet issued and that was in 1979 and even these are hard to come by.

Spotting these stamps on cover is quite tricky as in many respects they are identical to the non booklet stamps. Occasionally however there appears an item which causes you to stop and think and this cover did just that; 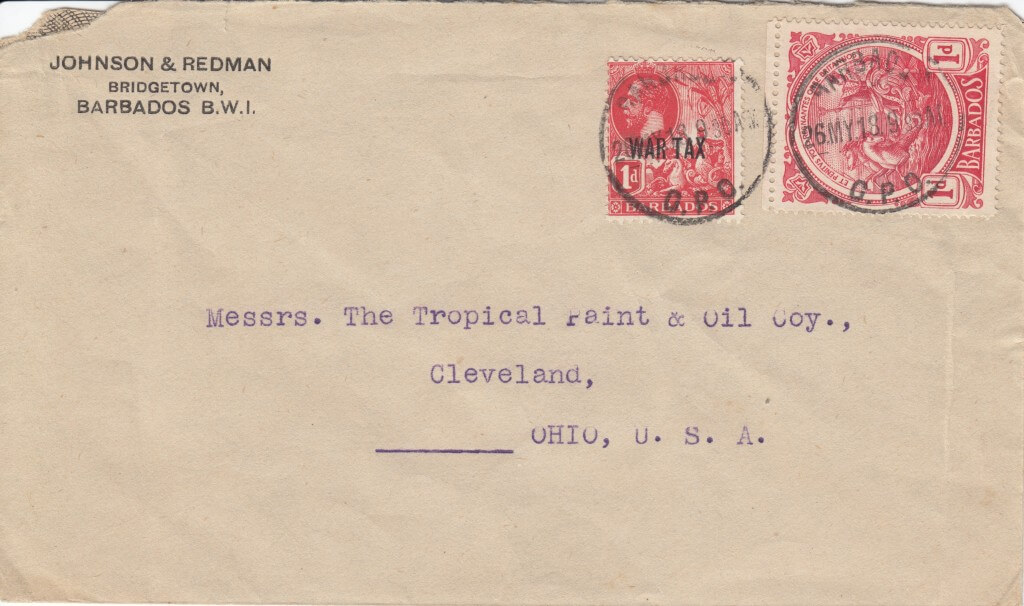 At first glance it seems to be just a standard cover paying the normal rate to USA in 1918 but the appearance of a small bit of selvedge at the top of the Large Seal stamp suggests that it might be different. A note with the cover says that this was the standard ‘thin’ selvedge which is associated with this stamp issue but that it is not much different to that found on booklet stamps. Without a booklet to compare to (these are phenomenally expensive) it is hard to say but you can imagine that if the stamp concerned was the ‘outer’ stamp in the book then the trimmed edge is consistent with it being part of a booklet.

Of course this could all be fantasy and just a vain hope on my part. What do you think?