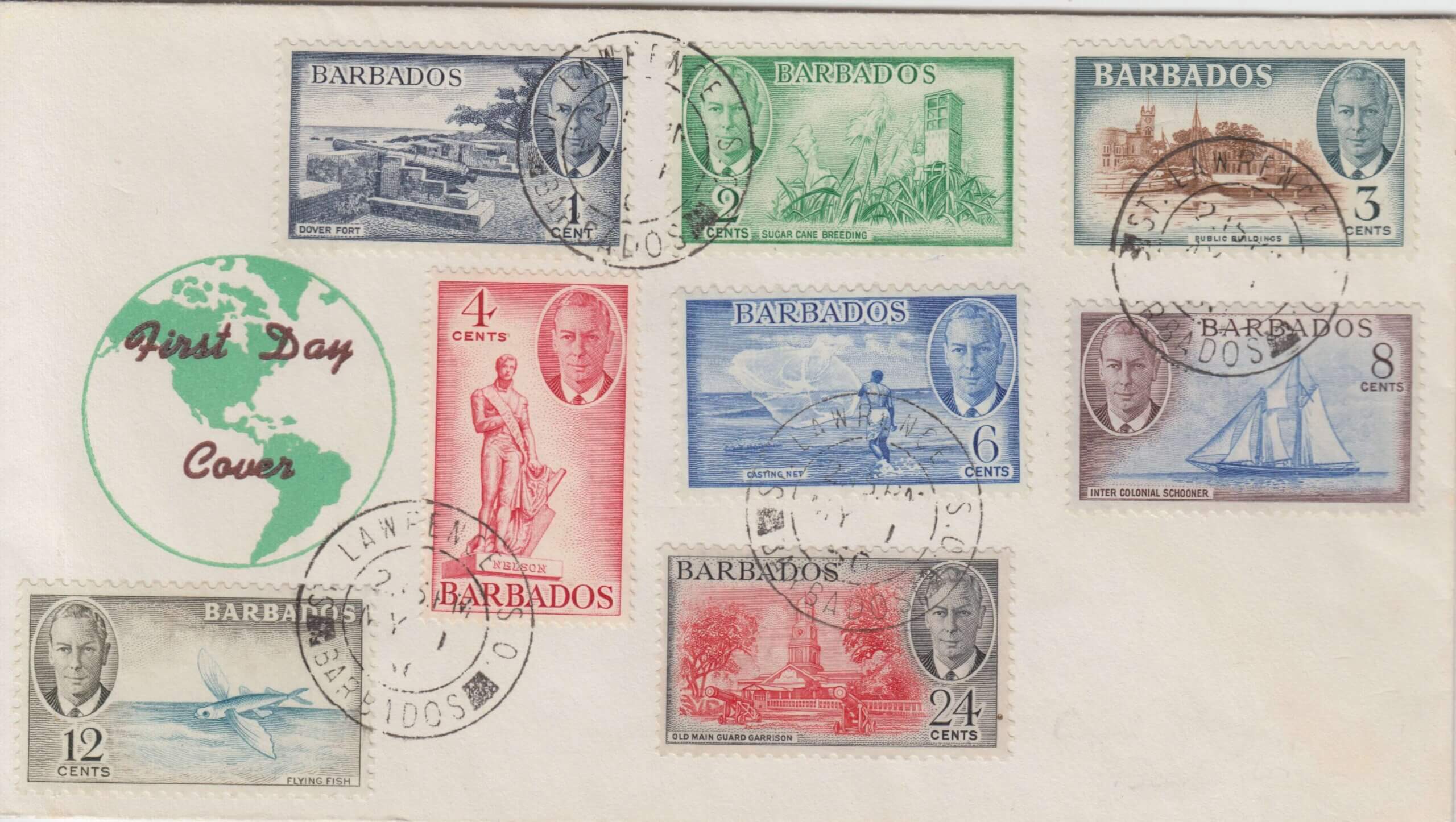 It’s only taken three years of looking but finally my patience has paid off.

I have been looking for a set of the Barbados George 6th commemoratives on a decent first day cover for so long that I’d almost given up hope of ever getting them. The sets are not that hard to come by on eBay and other auction sites; in fact a recent auction catalogue just through my door has a se for under £20. But could I find them on cover? Absolutely not. The nearest I came was last year when a fairly tatty and torn cover was offered on eBay but I decided not to bid on it preferring to wait until something better came along. And finally, here it is.

As it turns out the entire set is spread over two commemorative covers and this pair of unaddressed covers tick the boxes.

The entire set catalogues £75 as used stamps however Stanley Gibbons catalogue says that on cover these are from 5 times that value. They weren’t cheap to acquire but they are I think a nice addition to the collection and they definitely fill a gap.

Issued on May 1st 1950 this set was in use until 1953 when they were replaced by the same set featuring the new Queen Elizabeth II following the death of her father a year earlier. One of the nicer iconic sets of Geo VI stamps this Barbados set evoke a great feel for the island, people, culture and history.