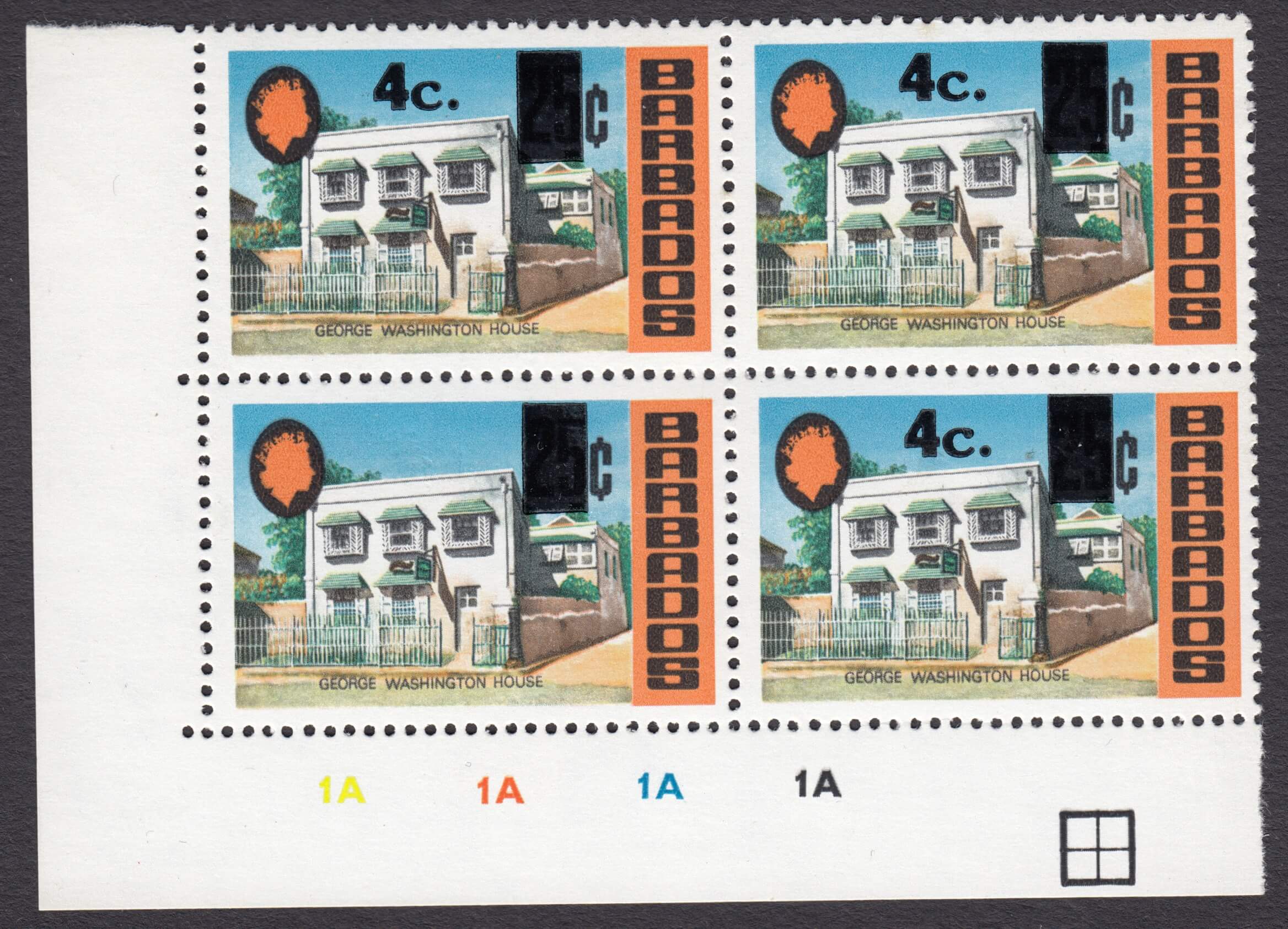 Errors on stamps are always a fascinating area to study and this one is no exception.

Barbados has very few recognised ‘errors’, particularly in the modern stamps of QEII, but this particular error stands out for a number of reasons.

The problem arose because at the end of March 1974 the Post Office stock take revealed that they were about to run out of the 4c stamp which was being used to pay part of the local inland rate of 5c. Whilst there were plenty of 3c stamps on hand there was also an upcoming shortage of both 1c and 2c stamps.

There was no time to change the next issue ‘Fishing Boats’ (SG480-483) so a decision was made to simply overprint existing stocks of another stamp.

The stamp chosen for this job was the 25c from the 1970 definitive issue showing George Washington House (SG409) and 650,000 stamps were used for this exercise.

Whether the error was deliberate or simply an oversight is unclear in the literature but what is known is that 650,000 stamps across 13,000 sheets were overprinted. If every sheet had the same printing problem then we know that the maximum number of these stamps that can exist is 13,000 (one per sheet) but I have yet to see any information that sheds light on whether this happened on all or just some of the sheets.

Singles of this stamp exist and come up for sale quite regularly but corner blocks are harder to come by. The featured block at the top of this post shows the colour registration marks from the original printing but I also have another block with ‘Thomas De La Rue & Co Ltd” in the bottom margin showing that the error didn’t extend to the bottom right hand corner.

So, what happened here? What process did the printers use to overprint these stamps and does this mean that the error is confined to one per sheet or could there be more?

And that’s the thing with errors; they often throw up more questions than answers. If you know anything about this issue then please feel free to let me know in the comments below!