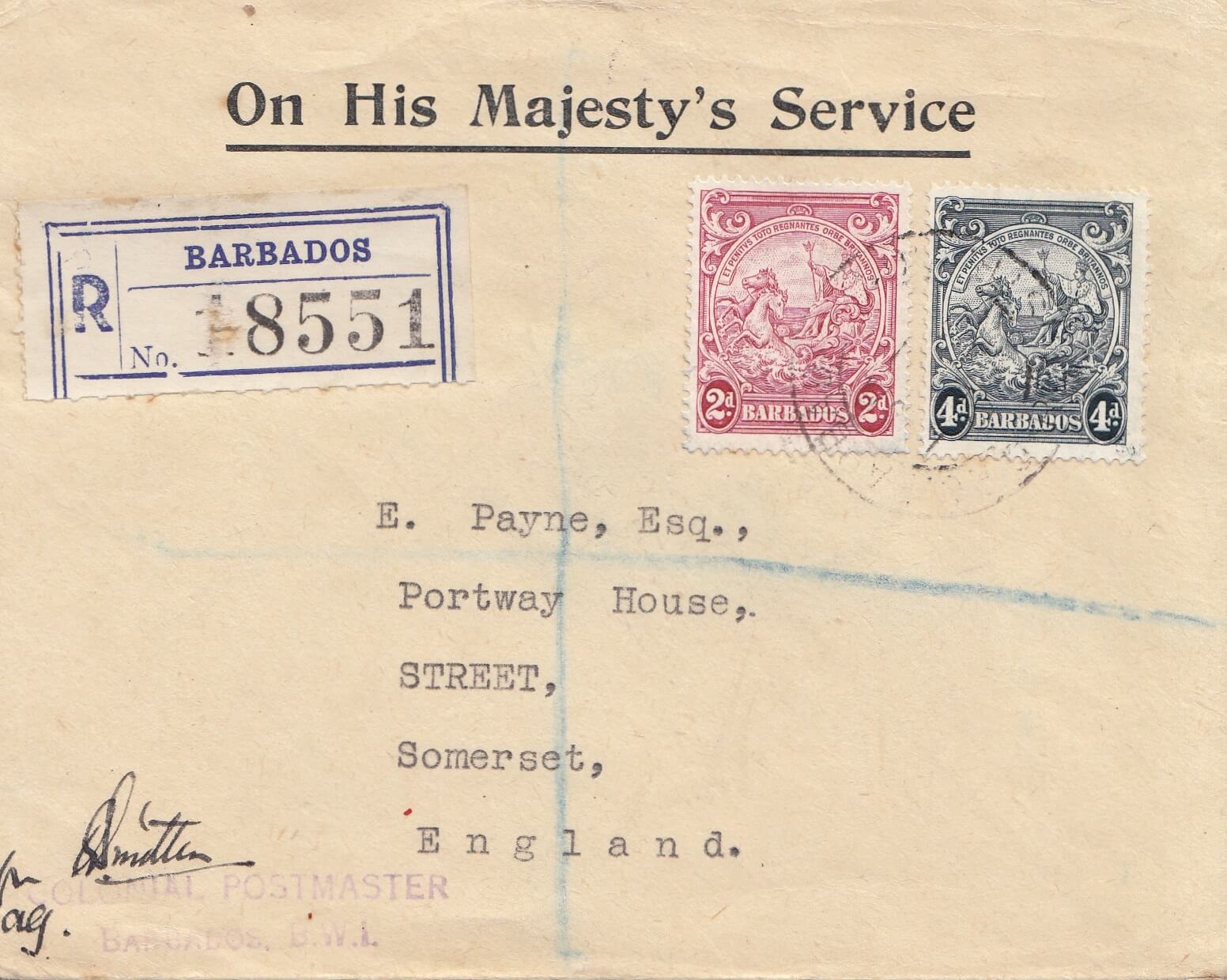 I saw this cover recently looking for a home so thought that it might sit well in my collection.

Sent in 1943 on September 1st is appears to be from the Colonial Postmaster in Barbados, who has signed the bottom left hand corner of the cover, to a gentleman in Somerset, England. 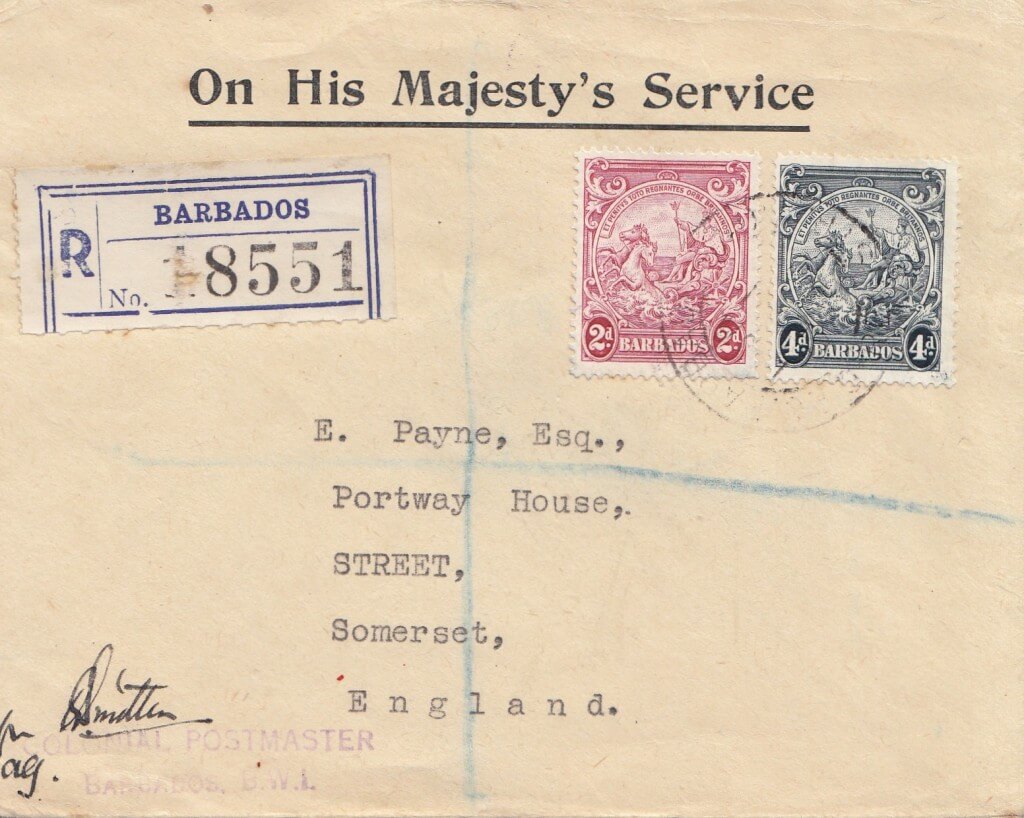 The cover is at a standard 6d rate and the purple cancel on the back identifies that it has been approved by the Currency Control Officer. It was sent as a Registered Letter and I have never actually seen the Currency Control cancel before which was what drew me to the cover.

What lifts this cover from the ordinary, apart from the fact that it is now sixty years old, is the Currency Control cancel and the signatures of both the Colonial Postmaster and the Currency Control Officer on the cover. Being 1943 it could well have been opened by a censor but appears to have missed that fate by virtue of being ‘On His Majesty’s Service’ and carrying two signatures.

I quite like it and it is disappearing into the collection….