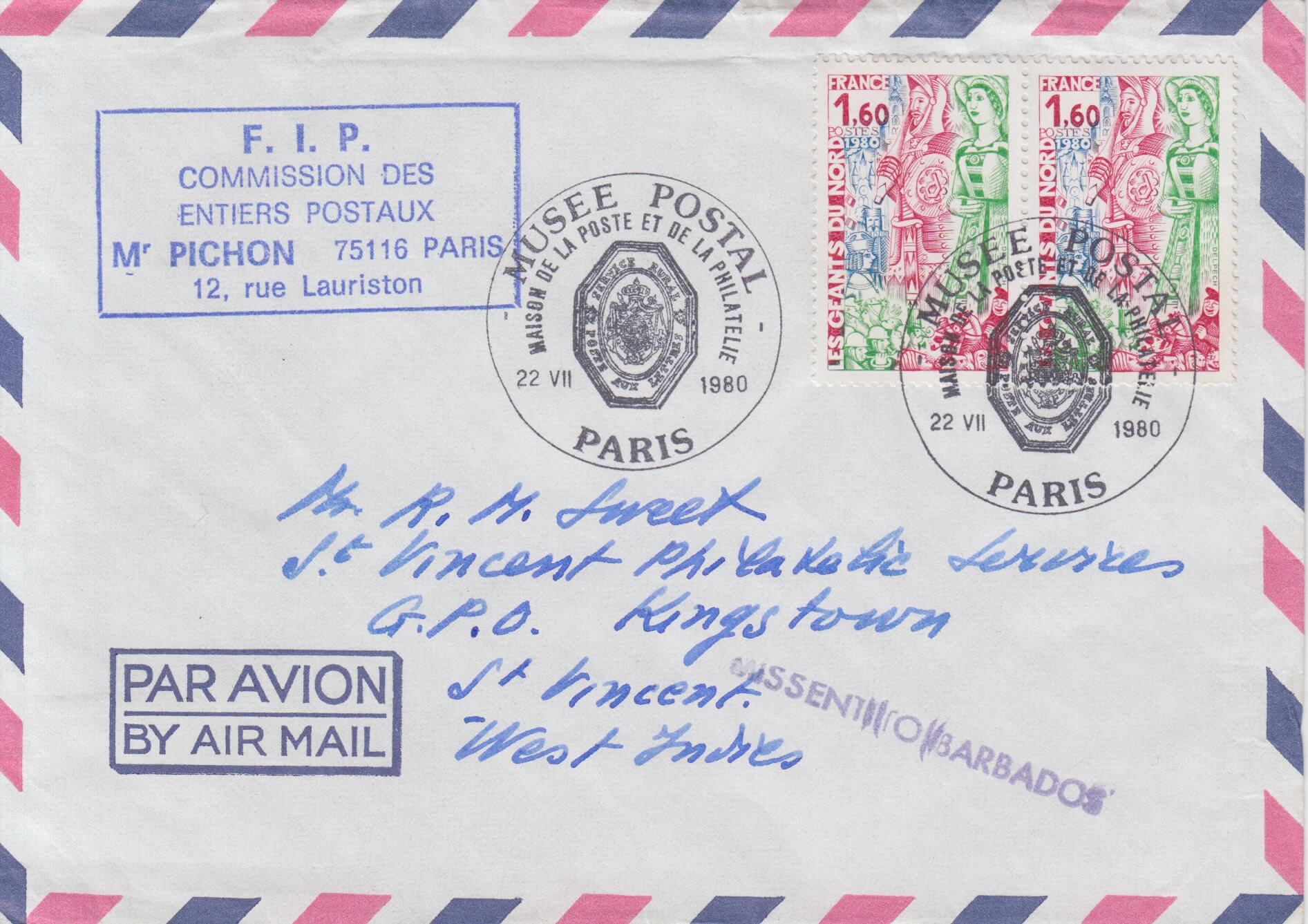 Finding good examples of instructional markings on Barbados covers is quite a challenge for a number of reasons.

In the first place, an instructional marking denotes a mail item that is in some way out of the ordinary and in many cases, this means that the letter is eventually destroyed. Where it is delivered people often dismiss the envelope as being ‘damaged’ in some way and don’t bother to retain it.

Just take for instance any deficient postage items in the UK at the moment. A card is popped through your letterbox asking you to attend the local Post Office and an instructional label is stuck on the cover telling you that not only do you owe for the deficiency but also a ‘fine’ of £1 on top.

In most cases people are so annoyed at having to pay a fine that they throw the cover away; this has pretty much always been the case.

When these covers turn up therefore, they are worth hanging onto.

I was therefore delighted recently to find these two, both sent from France to St Vincent but both ending up in Barbados. 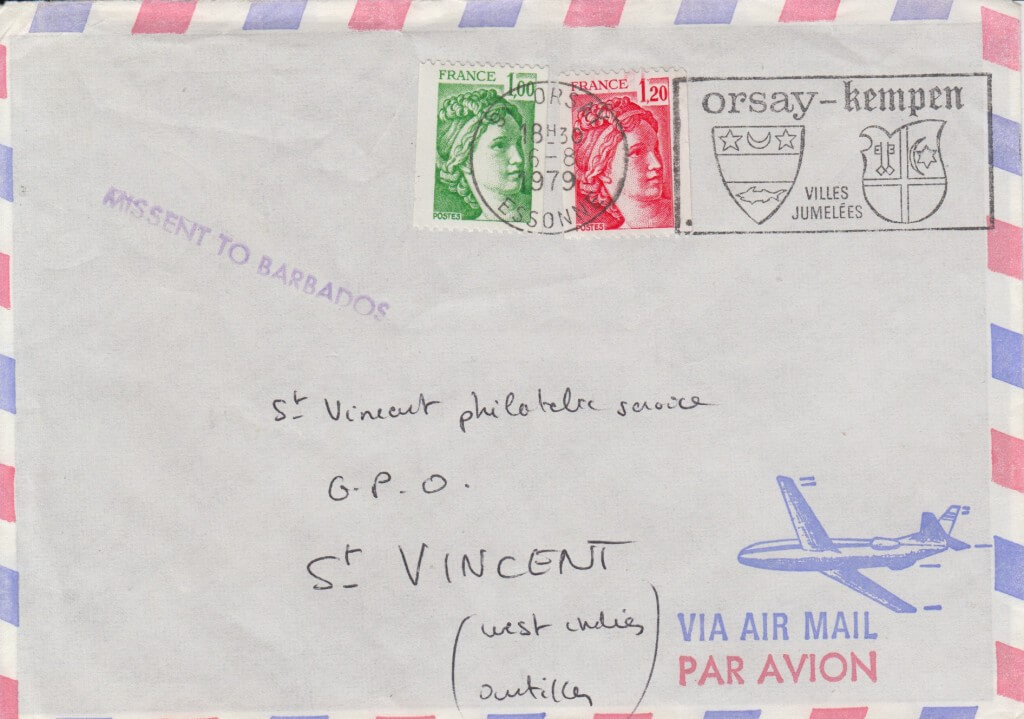 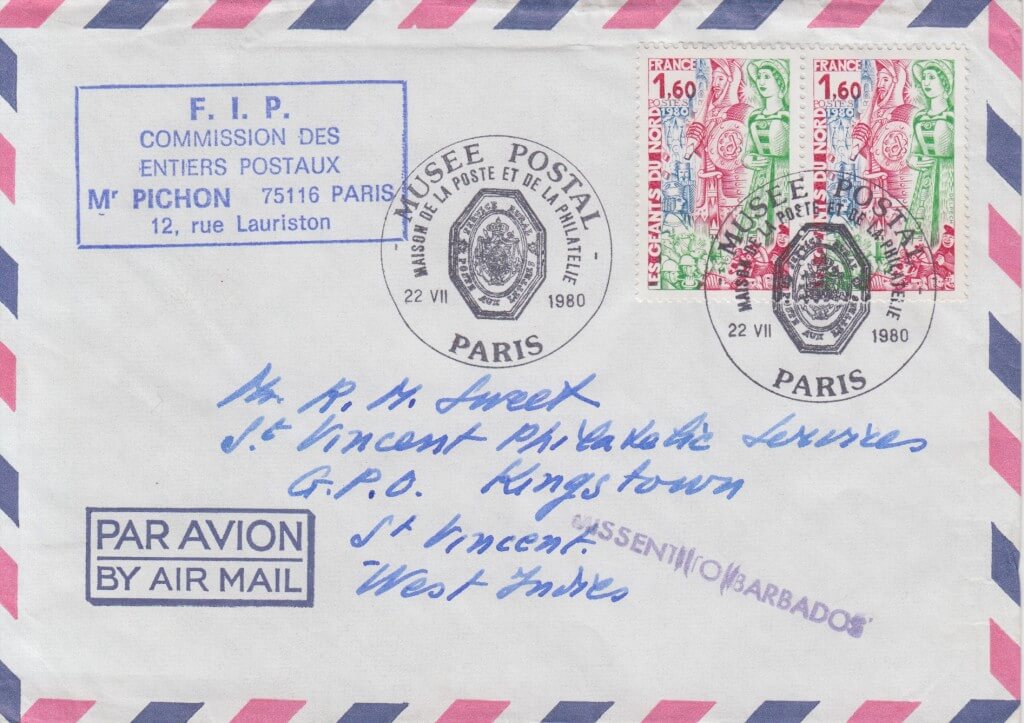 Oddly both were being sent to the St Vincent Philatelic Bureau but both ended up in Barbados where they received a ‘Missent to Barbados’ instructional marking.

Not a common marking but a nice one to add to the collection.