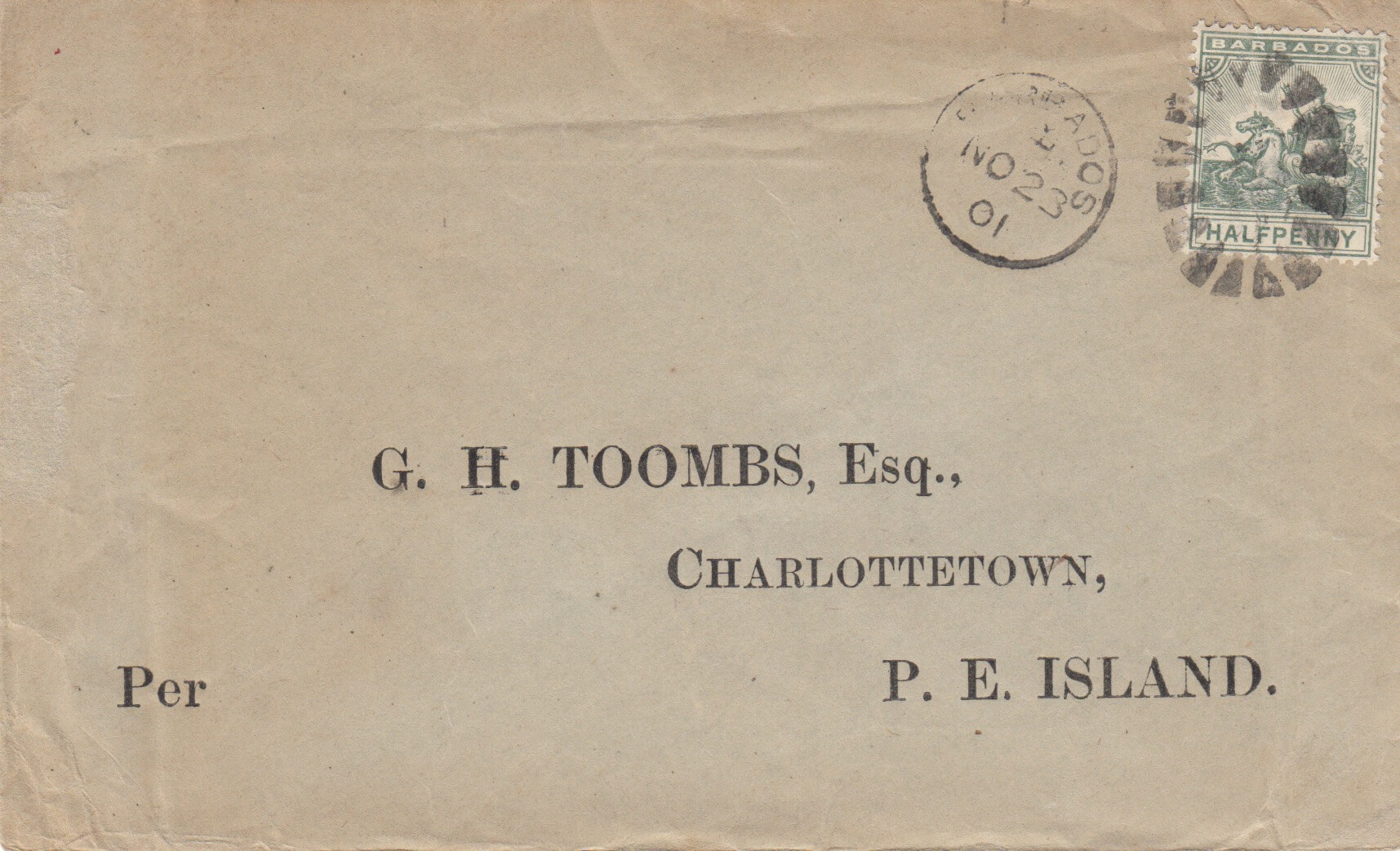 There are quite a number of covers from Barbados that turn up in dealers boxes and in online auctions and the majority of them, whilst nice, have little to distinguish them from all the others.

For example, there are two very familiar destinations that you always see on these covers, one being the USA (chiefly New York) and the other Germany.

Finding a cover therefore to somewhere slightly different is always a bonus. And how about this one; 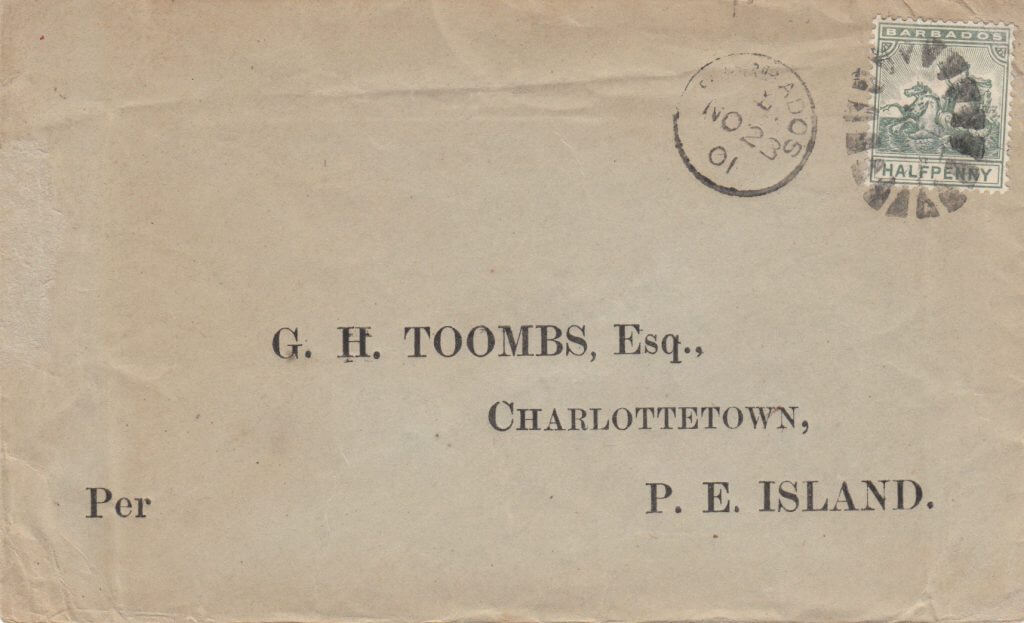 I must confess, when I first saw it I had to check where “P.E.Island” actually was and it turns out that it’s not quite as exotic as I first thought.

Prince Edward Island is a Canadian Province sitting off the East coast of Canada and became the seventh Canadian province when it joined Canada in 1873.

This cover was sent in 1901 at printed matter rate of ½d and left Barbados on November 23rd 1901. there are no other markings on this which is a shame as it would have been nice to see just how long it took to travel the 2,300 miles between the islands.

Still, it’s nice to find an unusual destination for any mail out of Barbados.