Written by
admin
Posted in
Shows
Comments
Leave a comment 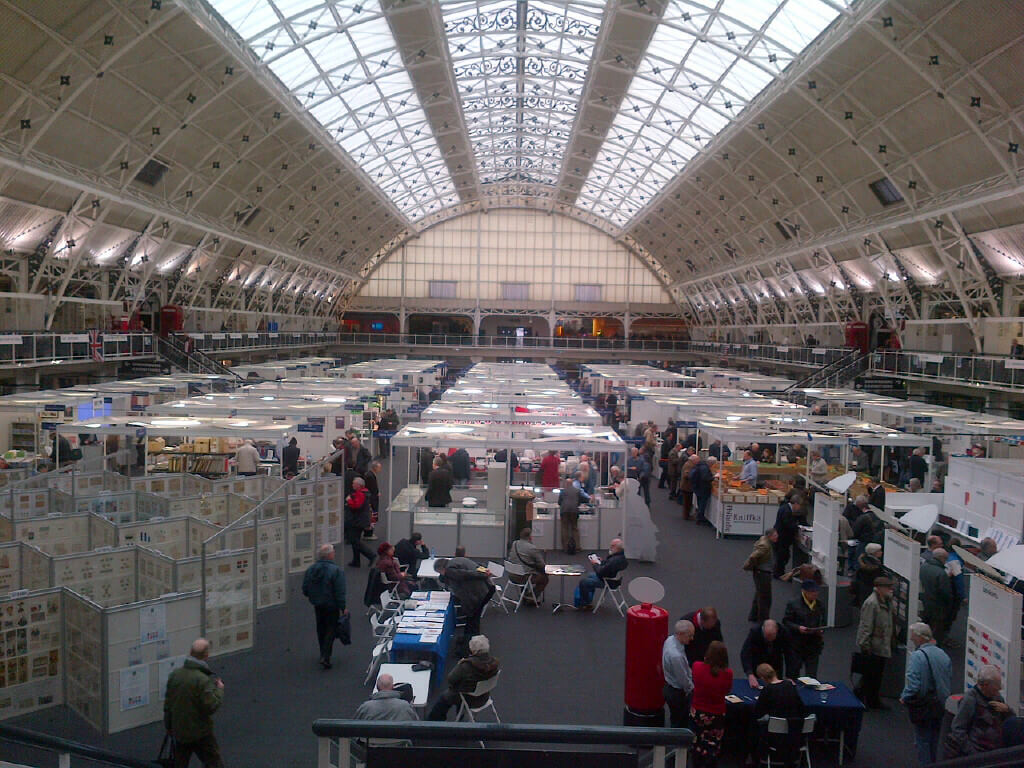 Well it was the first time we’d ever been to Stampex in London and we weren’t disappointed. For those who haven’t been and are thinking of going then it’s well worth the journey, not least of which for the sheer diversity of products and dealers on show in one place. The only regret was that the pockets weren’t deep enough to afford all the stuff we saw there! 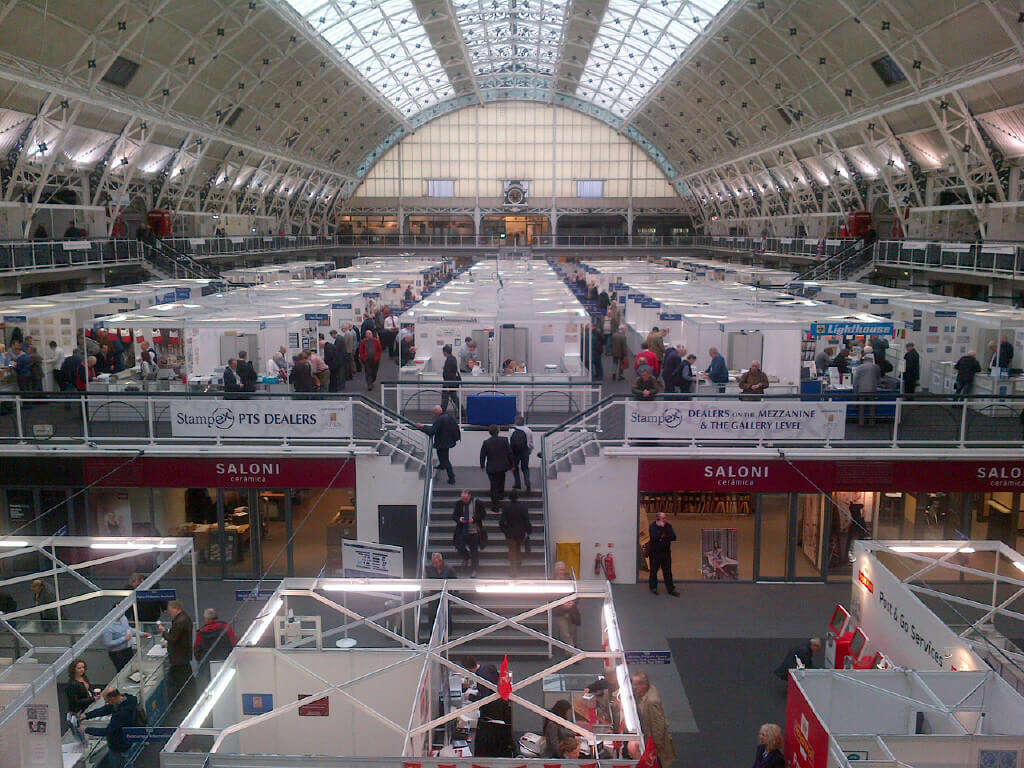 The show is held over three levels with the ground floor comprising the entrance foyer and some of the bigger dealers and stands like Delcampe and WOPA, both of whom were lovely to chat to. We had an in depth chat with Sebastian from Delcampe who was charming and listened to everything that we suggested and the girls from WOPA were just lovely. Once past them though you are faced with the stairs up to the first floor mezzanine level on which were the main dealers. Above them again you can just make out the top balcony which housed even more dealers so all in all there was no lack of dealers available to give your cash to.

The one thing which did seem rather strange was that there was a distinct lack of seating around the mezzanine floor; in fact none of the dealers on the first level had any seats at all for customers and everyone got to stand. Given that the majority of visitors were over 60 this meant that a lot of very tired legs gave up on their search for that one elusive stamp and headed for the far end where there was a few seats and a cafeteria. We even saw one old gent, probably in his 80’s struggling up the stairs to get to the top level just to visit the dealers up there. Once up there however he found that all the dealers had chairs, unlimited time for him and the refreshments were all up there as well. Perhaps this is one area the organisers can look at for the future?

So the $64,000 question, did we find any Barbados stamps? Well, yes, but not before we’d acquired a nice Australian collection, some Spain, France and Nicaragua and a bunch of leaves with some great Line Engraved stuff on from Monaco and Scandinavia. The Barbados ended up being more about the used collection which we are now attempting to fill (having done most of the mint) and as we are focusing on getting postally used QEII Barbados this is quite a challenge! In fact postally used from 90’s and 00’s is seriously hard to come across these days!

At the end of day one the pockets were empty but we still hadn’t seen everything so we went back the following morning to look at the displays at the far end of the hall (you can just see the frames on the left hand side of the bottom photo) and to get some unique Post and Go Stampex ‘labels’. There then ensued a bizarre conversation with one of the guys manning the machines where he was telling us that even the receipt was a collectable. I reminded him that anything that is thermally printed on a receipt will of course fade over time and eventually disappear but apparently this is still collectable. If so mine’s for sale before it fades!

All in all it was a good show with plenty to see and do and we’re hoping to make it back in September (18th – 21st) for the next show. 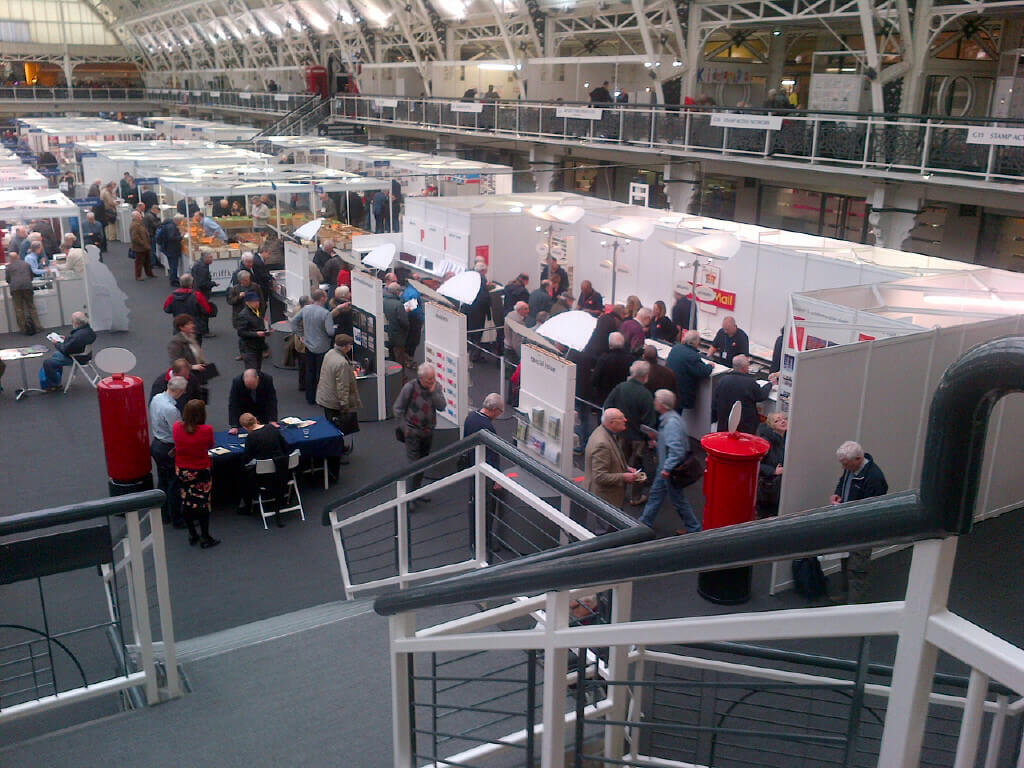 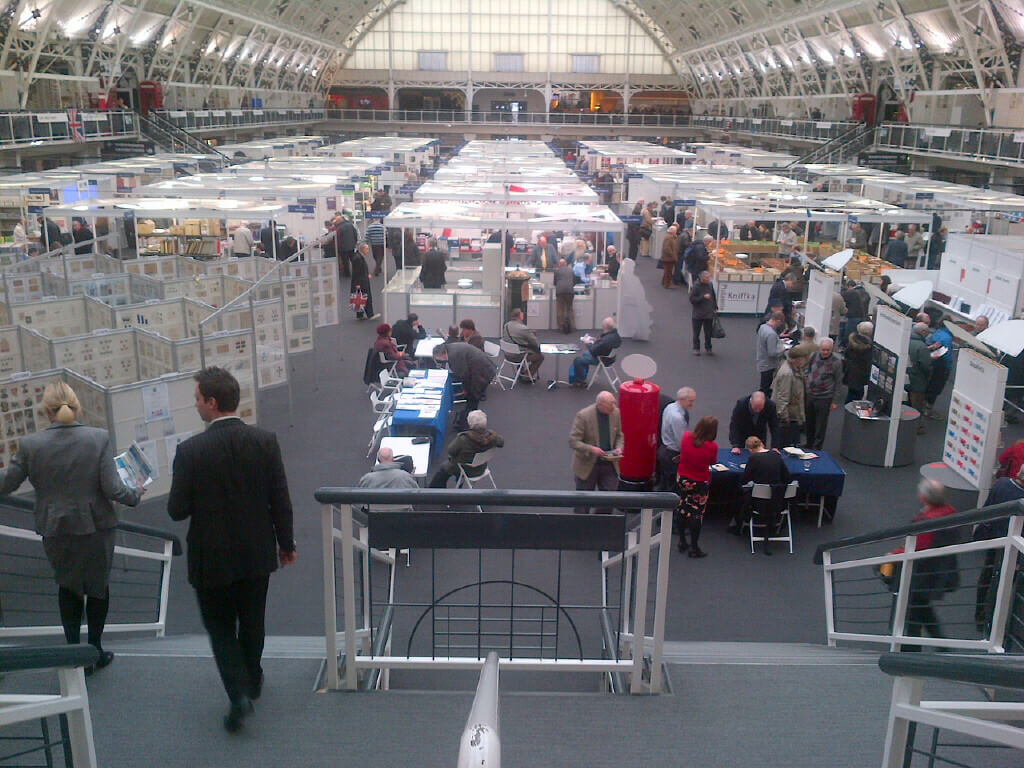