It’s wonderful when every now and again the philatelic gods smile on you. Last week was one of those times when an unexpected find turned up in an auction lot.

I nearly didn’t even bid for the lot in question as I already had everything described in it. The lot consisted of a George VI range which was said to include all the perf and shade varieties from the 1938-47 Badge of the Colony set.

Given that some of the shades are harder to find than others I thought it was worth a low bid, just in case and to my surprise I won.

When the lot arrived the very first Hagner at the front of the pile contained all the ‘Badge’ stamps and the first thing that struck me was how many of them were in pairs, many with good clear postmarks. It’s harder to find genuinely used pairs of these stamps so that was a bonus in itself.

Then my eyes were drawn to this pair, right in the middle of the page; 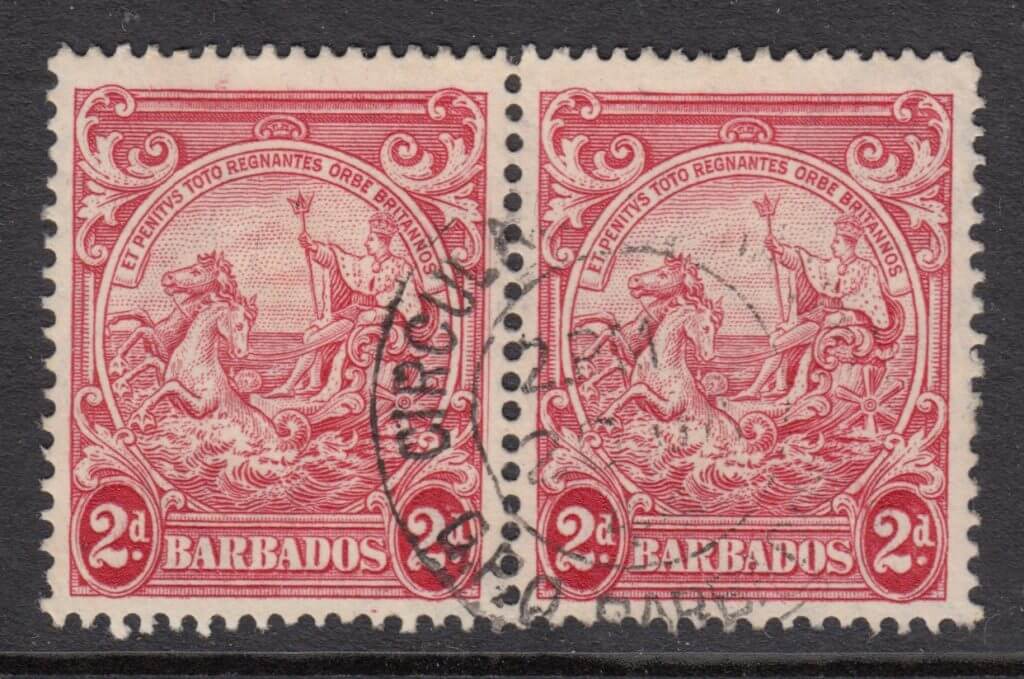 When I first started collecting I found it quite difficult to understand what these flaws were exactly and the pictures in the books, especially the pictures of extra frame lines, seemed very unclear. Unless you know exactly what to look for it’s easy to overlook these flaws and thereby pass on a quite rare stamp.

So to be clear on this one, look at the left hand stamp and look underneath the cancel. Where the ‘L’ of ‘CIRCULATION’ crosses the right hand edge of the stamp design, there is a small second red line running parallel to the edge of the design. This is the extra Frame Line. Here’s a magnified image where you can clearly see an extra line running parallel to the design.

Whilst I did already have a copy of this error and therefore knew what to look for, I didn’t have a used pair like this. Now duly annotated and added to the collection this unusual error is a great find in an ordinary auction lot.