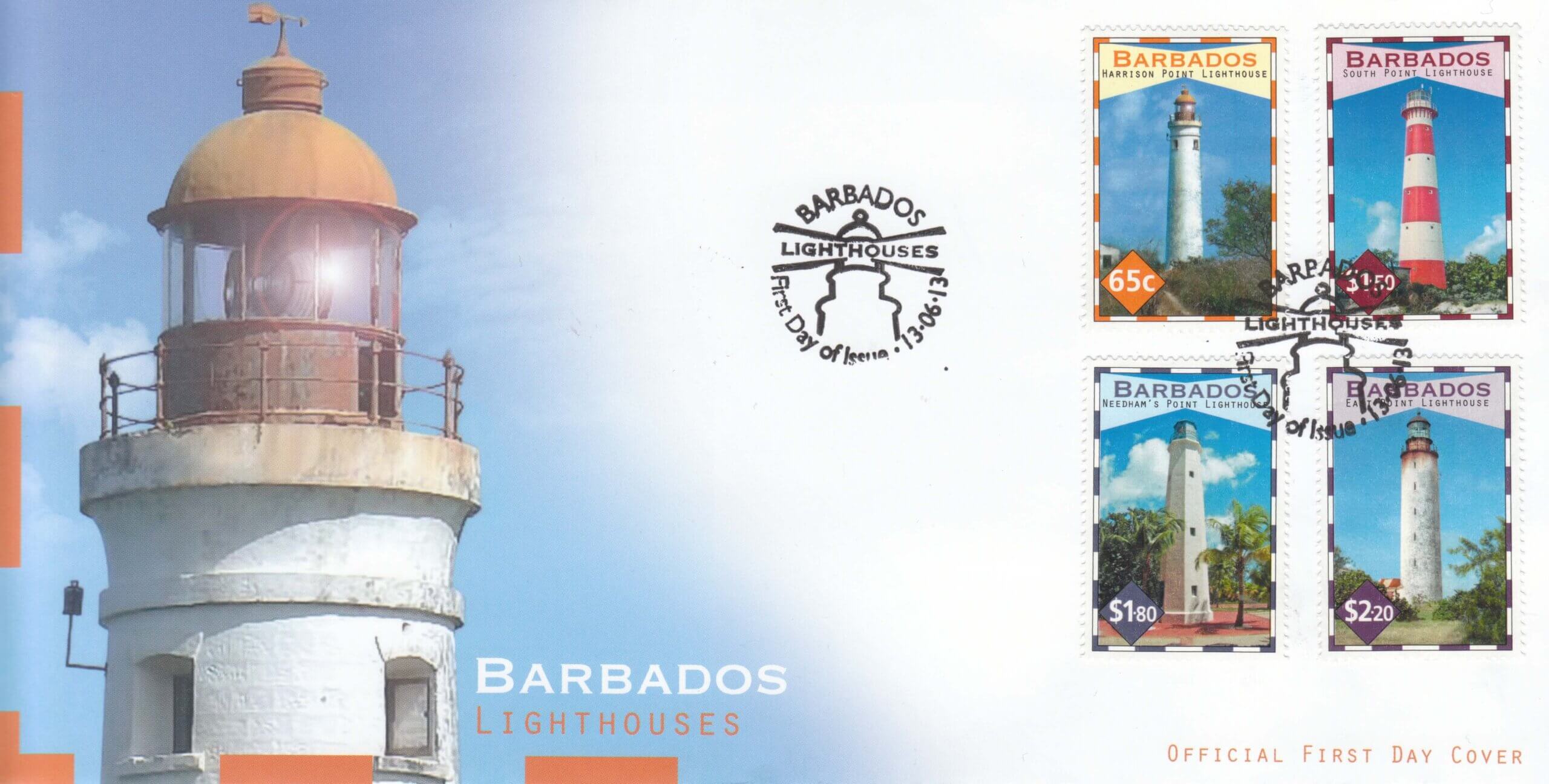 We’ve today received the first stocks of the new lighthouses stamps and they look really good! In what must rank as one of the best new issues from Barbados in recent years this set looks fabulous and keeps with the tradition of representing something that is meaningful and related to the island. Unlike many other stamp issuing countries today the output from Barbados is modest and usually has a link to the island, and this set fits beautifully into that mould.

Next up is Needhams Point lighthouse on the $1.80 which is near Bridgetown in Carlisle Bay, St. Michael and finally on the $2.20 there is the East Point Lighthouse in St. Philip which has been there since 1875.

We love these stamps and hope you do to. We hope to be offering these for sale in the shop shortly but if you would like us to order some for you just send an email.