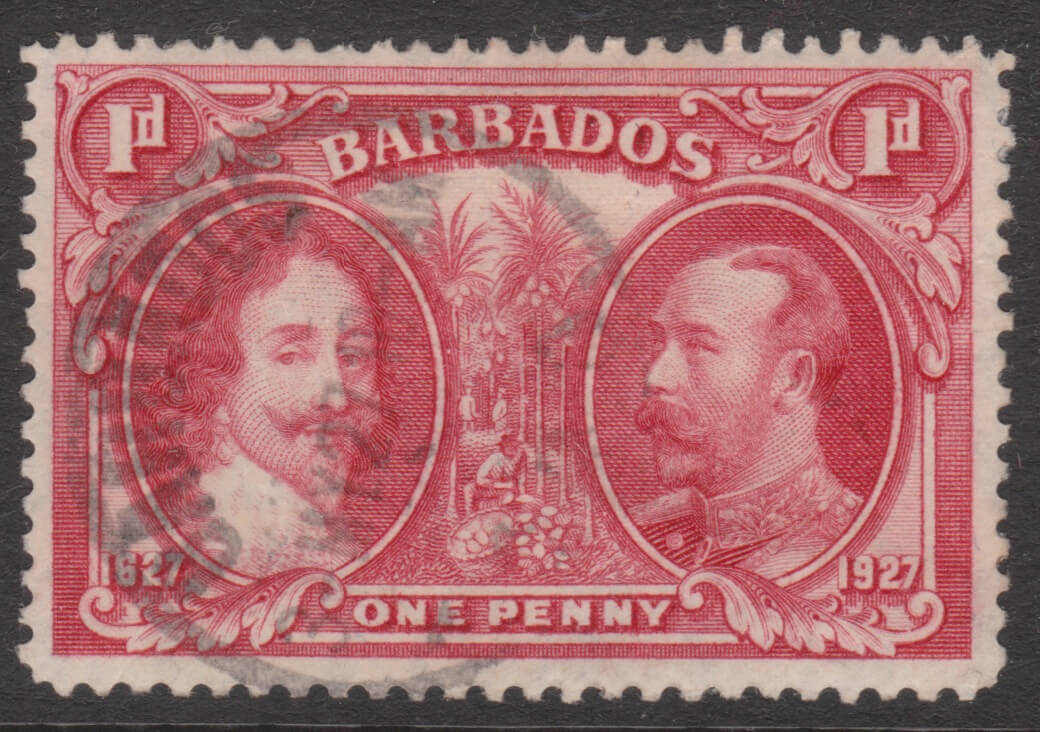 Following a recent article in the British West Indies Study Circle Bulletin Barbados collectors have been reevaluating the humble SG240, better known as the ‘Tercentenary of Settlement of Barbados’ stamp.

Issued on 17th February 1927  this stamp is listed in SG as being Perf. 12½ all round yet there is evidence that a variety exists which is Perf. 12 x 12½. Having checked our stock we have just one example of this stamp which is shown here.

The stamp is valued at just £1 mint and £0.75 used in the latest Barbados catalogue so very few collectors have ever paid it any attention however that may change with this discovery.

The discovery is not new; it was first spotted in January 1940 by Mr J.E.A.Jolliffe from Oxford who wrote to Stanley Gibbons about it, and they acknowledged that the variety existed but made no mention of listing it.

The correspondence came to light a couple of years ago and has been highlighted by Dr Neil Tucker who has confirmed with Stanley Gibbons that it does exist and that it deserves a listing in the new Part 1 catalogue. Whilst they acknowledge that the stamp does exist (and the image here proves that) they suggest that is won’t be that scarce or hard to find, which would reflect on the value. We have 26 copies both mint and used and found only one amongst them, so we’d be fascinated to hear from anyone who has a copy of this stamp which is perforated 12 x 12½.

The date on the copy we have is 3rd May 1927 and as the stamp was only issued on 17th February 1927 this would suggest that any copies of this are likely to be in the early stamps from the island. If anyone has clearly dated copies of the stamp we’d love to know the date range for this and if, as Stanley Gibbons suggest, it is a common stamp or in fact something much rarer.

Comments are open below, or send us an email with examples of your copy and we will post them here.