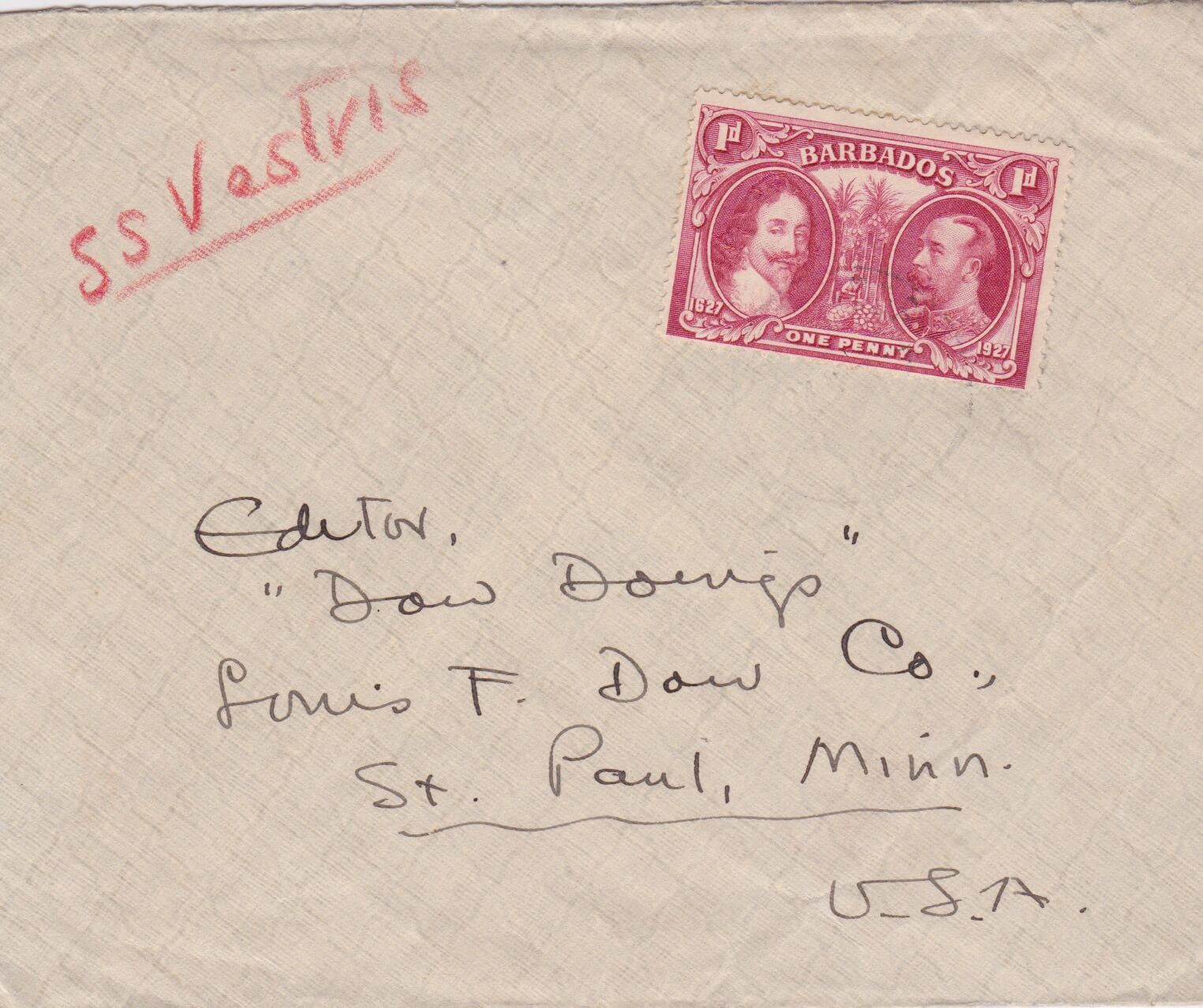 It never fails to astonish me just how much you can get from a simple cover. It took a while for me to get into this mindset and move away from just collecting the stamps of Barbados onto covers as well but now I’m hooked on the stories.

As an example, this very plain cover has a story behind it, which if I had just collected the stamp, would be lost forever.

Sadly the postmark on this cover is so faint it is impossible to tell what date the cover was sent but we do know that these stamps were only on sale in Barbados between 17th February and 30th September 1927. Logically, therefore, the cover was probably set at some time during that period.

A check on the name ‘SS Vestris’ which has been added to the cover in crayon reveals that this was a ship that was built in Belfast in 1912 and launched on 16 May 1912, making her maiden voyage on 19 September 1912 from Liverpool to River Plate. The boat was initially put into service by Cunard on a circular Buenos Aires – Liverpool – New York – Buenos Aires route but in 1922 was chartered by Royal Mail whilst they were waiting for delivery of their new vessels. 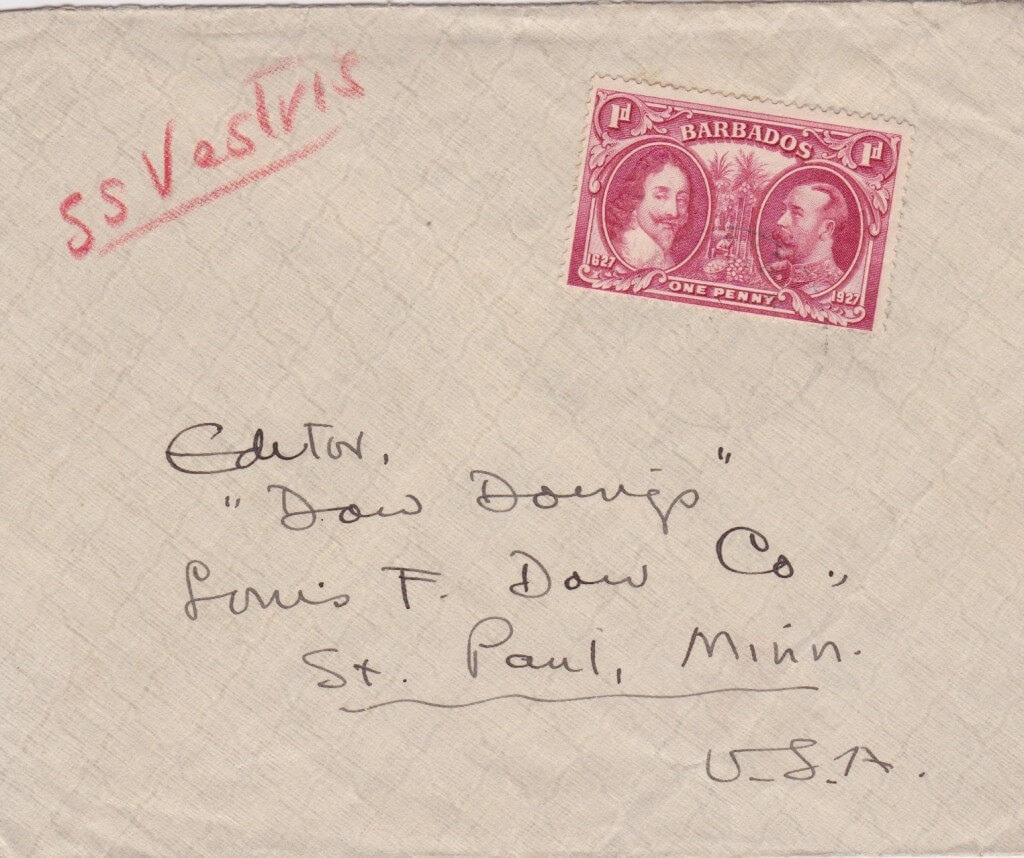 It seems that it was being used as a passenger ship during 1927 but would have been carrying mail, as was the case for many ships of that time. Although not clear it is likely that the ship berthed in Barbados whilst on route between Buenos Aries and New York at which point it picked up this letter.

The letter was addressed to the editor of something that looks like ‘Dow Doings’ although it is very likely that the second word is something else. As it was within the Louis F Dow Company at St Paul, Minnesota it could well have been an internal publication.

The Louis F. Dow Company was an advertising speciality firm. They promoted “Goodwill Advertising,” offering calendars, holiday cards, pencils, and other novelties used for business promotion. They were best known for their calendar art, especially the series of annuals they produced of Gil Elvgren’s pin-up girls.

Although the contents are long gone the cover itself opens up a whole avenue of research.

As an interesting postscript to the story, the SS Vestris had a rather infamous end just a year later in November 1928 when it ran into trouble off Norfolk, Virginia and sank.

This led to the convening of an International Convention for Safety of Life at Sea in London in the following year.  Rescuers who responded to the Vestris sinking testified that they found many bodies floating face down, even though they were wearing cork life vests. As a result, a US Navy Captain urged that kapok life jackets be required for the merchant marines because they kept an unconscious individual’s face and head above the water.

This resulted in the first SOLAS, agreed in 1929, to win general acceptance by all seafaring nations of any importance.

And all of this from a cover with an illegible cancel. Philately really is fascinating at times.

**Massive credit and thanks to all the online resources that helped me research this cover. Follow the links within the article for the original sources.