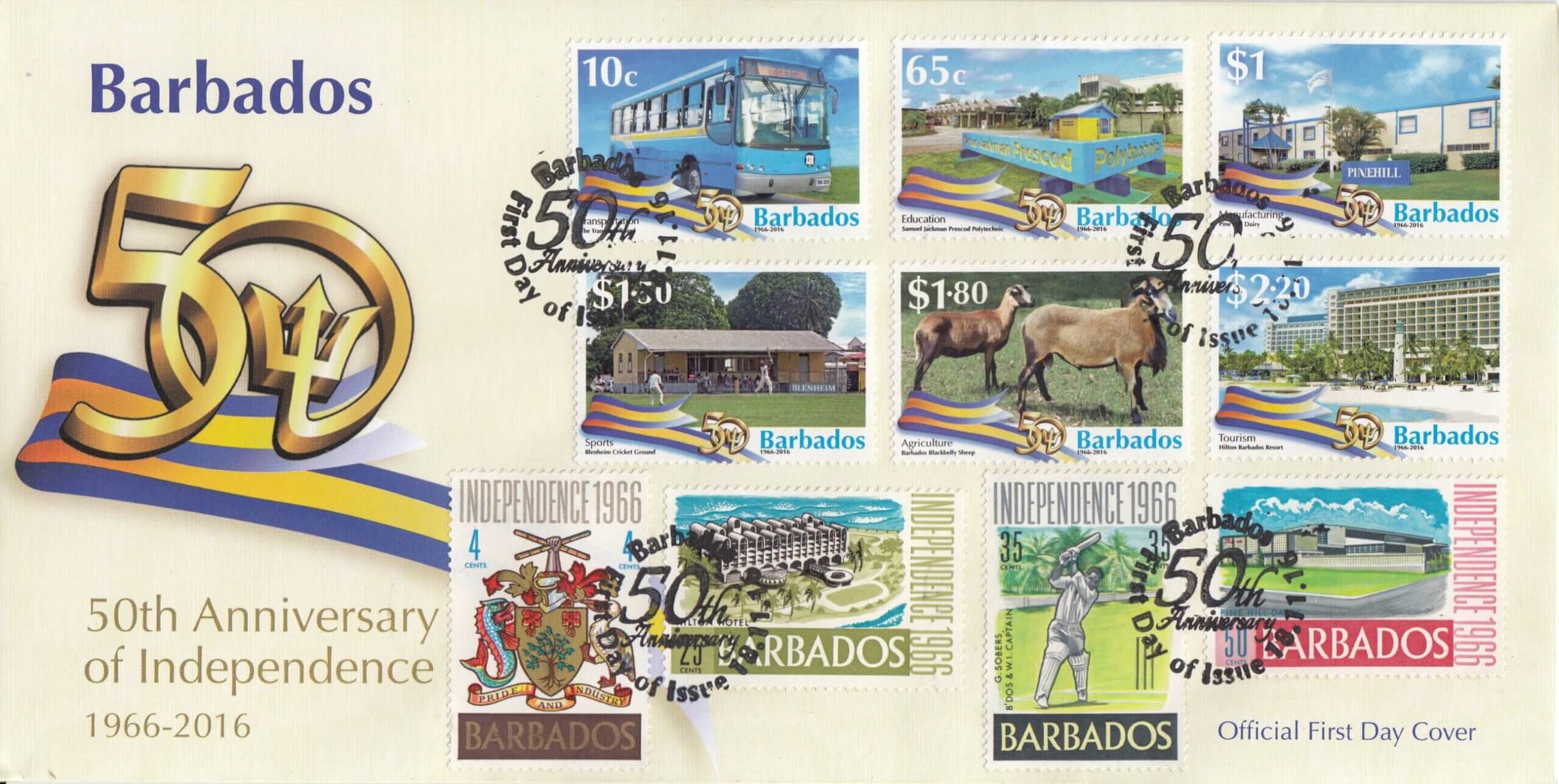 As this was the 50th Anniversary it occurred to me that it would be nice to see if there was any way we could get a single cover with the stamps from both 2016 and 1966. 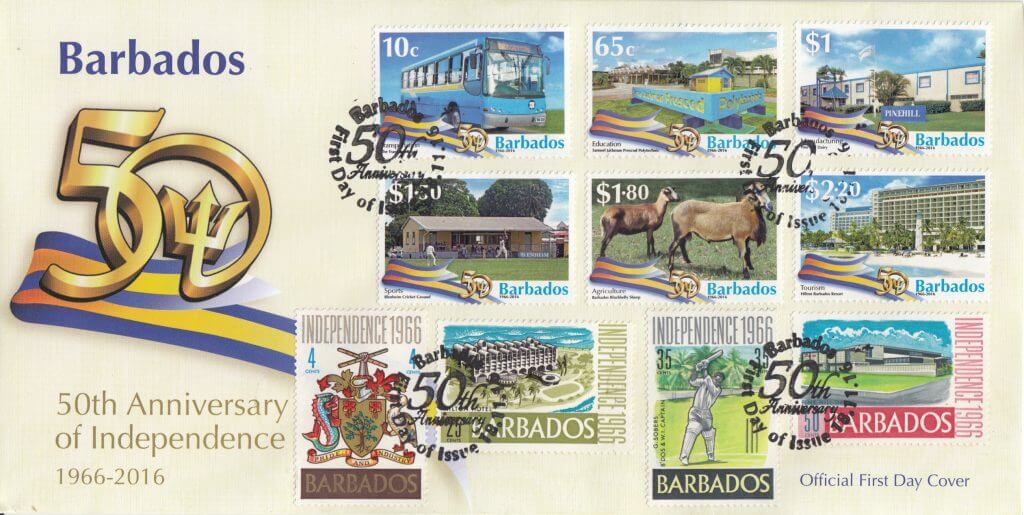 Pride of place in the collection now is this double dated Independence Cover featuring the very best of Barbados.